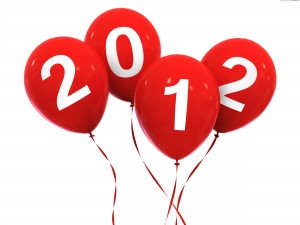 That’s not a fair title. Much of what I read this year was terrific. But I’m resisting the urge to title this post “The Best Books of 2012” because I didn’t read all the books that were published this year (obviously), and, in fact, many of the books I did read were published earlier. There are so many wonderful books published each year that the New York Times never even hears about, much less reads or reviews, that their lists—and all the other “best of” lists—are kind of meaningless.

Still, I’ve read a lot of books this year. I can’t say that I’ve been blown away by any of them, however. Some were very good, sure, but nothing came close to, say, Colum McCann’s Let the Great World Spin, still the Book of the Century in my opinion. Let me tell you a little about some of the most memorable books I read in 2012:

The first book I read this year was one of the most entertaining. Ellen Meister’s The Other Life is the story of a woman who discovers a portal to a life she might have had and is faced with some interesting choices. Ellen is a friend and I’m always pleased to read the excellent work of people I know.

Also in January I read The Poet by Yi Mun-yol. We don’t get to see a lot of Korean fiction in this country, so I was happy to see this book, which I sought out because there was a story by Yi in the New Yorker. Anyone with an interest in Korea would find this book rewarding.

I’ve read a number of things by the Dalai Lama, but his recent book Beyond Religion, which is written in a conversational tone, was, I thought, excellent. Highly readable and accessible to everyone, not just students of Buddhism, it offers much to think about.

I had not met Dolen Perkins-Valdez until she came to town to give a talk at the local college, but I found her very personable and engaging. We had a very nice conversation and I picked up her novel Wench, which I thought was a wonderful story about a very difficult subject—slave mistresses in the period before the Civil War.

I also really liked Goliath by Susan Woodring, another friend. This is the story of a small furniture town in North Carolina. Although a body is found right at the beginning of the book, this is no ordinary mystery, and the plot takes one surprising turn after another. But it’s at heart a character study of a most intriguing woman.

This one is on just about everyone’s list for 2012—Cheryl Strayed’s Wild, which was already doing great things when Oprah picked it for her new book club and shot it to the moon. Cheryl, another friend, deserves this great recognition, though, because it’s a terrific book. It’s a memoir and, as with a lot of memoirs, the reader may have the urge to shake the author and ask, “What were you thinking?” But I found the story of her hike on the Pacific Crest Trail to be compelling and wonderful.

I read Jim Minnick’s The Blueberry Years because my local writers’ group was hosting him for a reading. A memoir about the blueberry farm that he created with his wife in Southwest Virginia, the book is a fun read, full of wit and charm—and recipes for blueberries. Jim was a terrific speaker, and came bearing blueberries!

I got into the habit this year of listening to books on tape, not just on long drives but even when I’m just out on errands. Of all the books I listened to—I usually select books I might not otherwise read—the ones that made the best impression on me were John LeCarre’s Russia House and Dennis Lehane’s Mystic River. Neither is new, obviously, but I really enjoyed them both.

Ann Patchett’s State of Wonder held me captive. It’s just one of those books. I can’t say I loved the ending, so it’s not a perfect book, but it’s very entertaining. For writers, the plot is worth studying. Simple, but elegant.

I read wonderful books by two of my writing heroes this year: Tim O’Brien’s memoir If I Die in a Combat Zone and Colum McCann’s Everything in this Country Must. O’Brien’s book I read because I was giving a talk on turning life into fiction and the memoir makes an excellent counterpoint to his collection of stories, The Things They Carried, which of course is one of the best books ever. McCann’s book is a story collection and I read it after meeting him at a symposium. Wonderful work.

And finally, quite possibly the best book I read this year is Roy Kesey’s Pacazo. Roy is another friend, but that has nothing to do with this judgment. The novel, set in Peru, is beautiful and touching and, honestly, a challenging read. It’s about an American who is compelled to find his wife’s killer, but it’s about way more than that. I highly recommend this one.