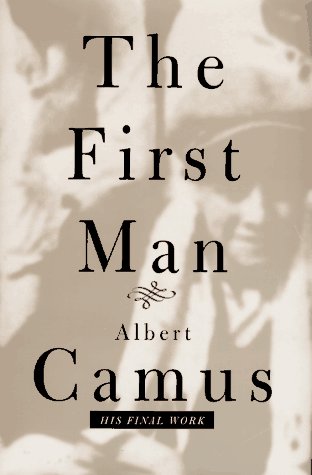 The First Man by Albert Camus

Unquestionably, Camus was one of the most influential writers and thinkers of the 20th Century. The Stranger is one of the most important books of the last 100 years, perhaps ever. So I was a bit intimidated to pick up The First Man, Camus’s posthumous autobiographical novel. (Apparently, the handwritten manuscript was in his possession when he died.)

There are two important aspects to the book. One is its very nature as an unfinished work. It includes mistakes and notes to himself, scribblings and unintelligible words. And yet, for all that, the prose is often quite beautiful. It’s clear that the finished product, if Camus had lived to complete the book (and revise and edit it) would have been amazing. The other important feature are the themes of the book and clear indications of the source of the writer’s alienation. We see his childhood in Algiers and his difficult life, but it’s also clear that he emerged from that background with distinct views.

It’s an important read for anyone who is interested in Camus.