Foregone by Russell Banks is fascinating to me, in large part because of its structure. The main character, Leonard Fife, is a documentary filmmaker in Canada who, as he is dying of cancer, becomes the subject of a documentary that he himself has suggested to Malcolm, another filmmaker and Fife’s former student. Malcolm thinks he’s just filming an interview about Fife’s working career, but Leo wants to reveal his secrets to the world, secrets that include ex-wives and abandoned children. As the filming of the interview progresses, it all comes out. The question the reader has, though, is whether any of it is true. Fife admits to a history of lies, so what makes anyone think he’s telling the truth now? The longer he goes on, the less believable it all is. One of the things I appreciate about the book, though, is that we know who the narrator/main character is telling this tale to, which is something Banks talked about when I took a workshop in Mexico with him 15 years ago. Who you’re telling the tale to shapes the story, as Fife says here. He insists that his current wife, Emma, must hear what he has to stay because, he says, if she’s not present, he’s likely to lie. The book is partly a reflection on the anti-war period in which Leo’s most dramatic betrayal takes place, but it’s also a commentary on the unreliability of memory as well as the way an audience shapes the story being told.

Lost Language by Faith Shearin is a collection of poems that deal with the poet’s grief over her husband’s death. (A few poems in the collection stray from that subject, but then the next one or the one after that returns.) The poems are all—and I mean all—beautiful. It’s a bit much, though, all this grief, and I kept having to put the book down. That’s probably the best way to read a book of poetry, anyway, absorbing the language and the grief a little at a time. This is a powerful book.

Life of Pi by Yann Martel is a book I’ve resisted for a long time. The structure is peculiar. The narrator is a novelist who is wandering around India, struggling to find a subject, when he hears about a man who has a story to tell that will make you believe in God. He finds the man, in Canada, and that man, Pi (short for Piscine, a name that has its own story), begins to tell his tale, which is that his family was on a cargo ship bound for North America from India with a bunch of his father’s zoo animals that he was selling off to American and Canadian zoos. The ship sinks, leaving Pi in a lifeboat with an injured Zebra, a hungry Hyena, a depressed Orangutan, and a Bengal tiger. Since Pi is telling the story, it’s no spoiler that he survives the ordeal. There are some interesting wrinkles at the end, though, which makes the book ultimately meatier than I initially thought (despite the appearance of two cartoonish Japanese insurance investigators).

Big Magic by Elizabeth Gilbert is nonfiction about creativity as Ms. Gilbert sees it. I didn’t love it. It might have made a good essay, but for some reason she stretched into a few hundred pages. The bottom line: feed your creative urges. I certainly don’t disagree with that, but some of her self-righteousness is a little annoying. Don’t get an MFA, she admonishes. You don’t need anyone to teach you how to create. Um, well, maybe, but that’s not the only reason to get an MFA. It is after all, a teaching credential, and if one teaches, it’s one way to finance your creative career. And not everyone lives in New York City, where one can’t turn around without bumping into another writer, so an MFA program is a way to “find your tribe” to use her horrible expression. I haven’t read Gilbert’s other work, which may be fine, but I didn’t approach this book predisposed to like it. And I didn’t.

A Woman of No Importance: The Untold Story of the American Spy Who Helped Win World War II by Sonia Purnell reads like a spy novel, but it’s a true account of Virginia Hall who was determined to play a useful role as a secret agent in France during the war. Denied work with the US State Department, she is recruited to work for a new clandestine service in England, which deploys her to occupied France under cover of being a journalist. Later, when they determine it’s unsafe to leave her there, she moves over to the OSS, the U.S. precursor to the CIA. By all accounts an amazingly successful agent, she also rubbed some people the wrong way and was not always treated well because she was a woman. The book includes horrific details of the arrest and torture of some of the people she recruited to work with her. This was my book club’s selection for March. It’s very readable and for the most part tells a spell-binding story. Highly recommended.

Beauty by Christina Chiu is a fast-paced novel about Amy Wong, a Chinese American woman in New York City who was pretty messed up by her immigrant parents, a philandering father and an over-bearing fashion-minded mother. The chronological chapters, beginning when Amy is a girl, are separated by several years, which accelerates the story’s pace and also create fascinating gaps that the reader is left to fill. Importantly, though, we are always in Amy’s point of view, sharing her insecurities as well as her very strong feelings—her sexual urges but also her sense of right and wrong. If a reader expects a character transformation in fiction, that expectation will be satisfied here. I didn’t care for Amy much at first, in part because of her aggressive sexuality, but my appreciation for her grew as she matured and came into herself. Also, the book gives an inside look into the fashion business, about which I know next to nothing, and that was fascinating, too. Terrific novel. 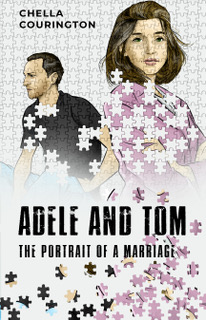