Contributor Joel Hodson’s story, “Memiş the Conqueror,” is set in Turkey. It’s one of 20 stories included in Volume II of Everywhere Stories: Short Fiction from a Small Planet, available now from Press 53, Amazon, and Barnes & Noble.

Joel Hodson is retired and currently lives in Staunton, Virginia. He was educated at Indiana, Emory, and George Washington Universities and has served internationally in a variety of positions: Consultant for the U.S. Department of State; Senior Fellow at the National University of Singapore; Visiting Professor at Doshisha University, Kyoto, Japan; Senior Fulbright Lecturer in Turkey; and Peace Corps Volunteer in Morocco. In the United States, he taught at Georgia State and George Washington Universities as well as University of Notre Dame. He was also Director of Education for the Woodrow Wilson Presidential Library. He has published two books on American history and popular culture as well as scholarly, encyclopedia, and newspaper articles. He is a former editor and board member of the journal American Studies International. This is his first piece of published fiction. 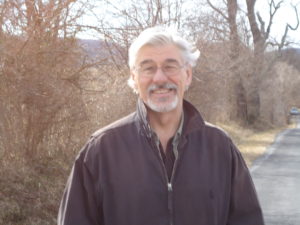 Joel’s comment on “Memiş the Conqueror”—This story was written in 1985 when I was living in Turkey and is based on an incident there. It is one of a series of stories in an unpublished collection titled At the Russian Restaurant.