Louise Farmer Smith’s short stories have received three Pushcart nominations, appeared in eight anthologies and many literary journals. A PEN/New England Discovery, Smith has published One Hundred Years of Marriage, a novel in stories, Cadillac, Oklahoma, a story collection, and The Woman Without a Voice, Oklahoma history, all from Upper Hand Press. She has taught English, trained as a family therapist, and worked in a congressman’s Washington office. Her work has been supported by the Ragdale Foundation and the Virginia Center for the Creative Arts. She was a 2005 Bread Loaf Contributor. 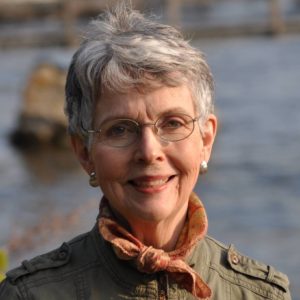 Comment on “The Apartment on Riverside Drive”: Every writer needs an outrageous aunt, one who meddles in the family’s business, tries to disrupt the parent’s marriage and belittles the children’s education. Though she makes it clear she is too good to live in her sister-in-law’s house, still she hovers, threatening to move in. I was lucky to have such an aunt whose ghost, like smoke from a dying ego, has wafted through my fiction and, in an altered form, turned up in “The Apartment on Riverside Drive.”