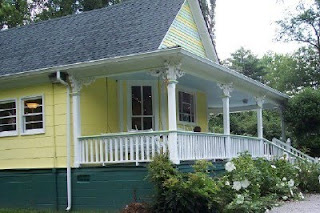 Tuesday: time after breakfast to get a little work done on the stories for the afternoon workshop, but then:

After that we were treated to Diane Johnson’s craft lecture, in which she focused on finding the subject of your writing, by which she really means what she and I both apparently call “aboutness”–the deeper meaning beyond the story. It was an enjoyable talk, with some very useful reminders.

My workshop met in the afternoon and we had lively discussions about three stories. Only two more to go, which is hard to believe.

Back at the Women’s Center we heard Greg Williamson read his poetry, including his “Yard of Constant Sorrow” which I’ve heard him do before. He’s a riot.

After the reading the fellows headed off campus for dinner. We were all there at Mi Casa in Monteagle and had a fun time. It’s really a good group.

The evening reading was Dan O’Brien who has written a show about Paul Watson. Very dark and disturbing stuff.

And as if that wasn’t exhausting we were treated to some wonderful very short readings by the Scholars at their “open mic.”