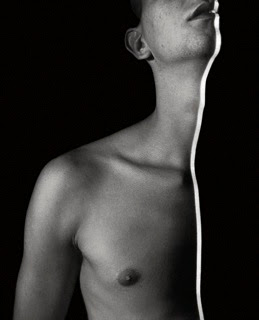 I like Tobias Wolff’s work very much and I’m reading my way through his new book, Our Story Begins. But I doubt seriously that this story, “Awake” will be anyone’s favorite Wolff story. I do like the point of view character, the over-sexed college boy who makes excuses for his relationship with Ana. He’s just immature, pretending to be someone he’s not, so he can sleep with the Russian girl who’s in the country illegally. And I like the way the story begins, with Richard wide awake in bed reading from The Odyssey while Ana sleeps, and then resolving to finish that book and the Iliad too and all the books he’d pretended to be fond of when he met the girl. But that’s about all I like about this one. For one thing, there’s a reason why student writers are told not to begin stories with their character lying in bed thinking. It’s boring! The Odysseus twist is novel, but basically that’s all that happens in this story. Richard lies in bed and thinks. It’s as if Wolff asked himself what he could do in this story to piss off writing teachers everywhere. “I know! I’ll start a story with a guy lying in bed thinking. And I’ll leave him there for the whole time! And I won’t show any action! Not even sex! And no dialogue, not even in flashback!” Or something like that. Okay, bottom line: very nice character study of Richard; not much of a story.

And furthermore, do you remember “East Wind” by Julian Barnes, the story from a few months ago? In that one, the slimy divorced father sleeps with a Polish waitress and worries about many of the same things that Richard does here with his Russian waitress. What’s up at the New Yorker, and this sub-theme of Eastern European waitresses? I’m going to dash off a story with a Ukrainian waitress who sleeps with the narrator and rush to the magazine. It’s bound to be a winner.

3 thoughts on “>The New Yorker: "Awake" by Tobias Wolff”