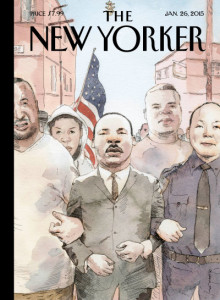 According to This Week in Fiction: Isaac Bashevis Singer this story was published in Yiddish in 1965 but the translation was only recently discovered. Definitely read this q&a with the researcher who found the story in Singer’s papers.

The story itself raises more questions than it answers. It seems to be experimental, in which metaphorical dreams and ghosts figure prominently, in sort of a meta way.

The first person narrator has moved to the country and goes to bed early. He wakes up at two with ideas. On the night in question, he wakes with a plan “to write about a Communist . . . who attends a leftist conference on world peace and sees a ghost.” The plan then takes over the story, which is now about this Communist, Morris Krakower. Krakower goes to sleep in his hotel but he awakened when he feels the blanket being tugged from the bed. But there’s no one there so he believes he imagined it. The experience repeats, though, and eventually (after a passage where the narrator returns to consider his own dreams) he sees the ghost of Comrade Damschak who had disappeared some years earlier).

Without the help of the q&a, the meaning of the story would elude me, but clues are there, including a guess as to why the story wasn’t published in the US during Singer’s lifetime.