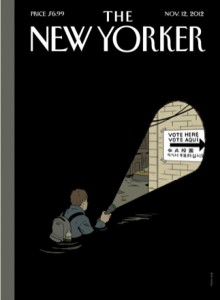 The author has a novel coming out later this year so I was convinced that this story must be an excerpt, but based on the Q&A with David Gilbert it does not seem to be. As a stand-alone story I didn’t find it particularly satisfying.

Beckett is a 14-year-old girl, hanging out at the Long Island beach club with her friends in August. They talk about the stuff that such girls talk about (I guess). They drink Shirley Temples at the bar (because grenadine is more interesting than pink lemonade) and pair off against each other. Beckett has a brief encounter with her parents and their friends (who are told by Beckett’s mother that she’s bored, but next year will probably spend the summer in France, or Cambodia, or somewhere).

And then we get to the point of the story as Beckett waits for her friends to return and she chats up the guy whose job it is to keep non-members out of the club. Beckett’s a snob and it isn’t clear that she sees this guy as a real person (one of her friends calls him retarded), although she subjects him to questioning. She never asks his name.

And then their brief encounter is over and she rejoins her friends on the beach where they realign to abuse one of the other girls.

Can’t say I loved this one. (But be sure to read the Q&A linked above for the part where Gilbert speculates about the future for these girls. That’s better than the story, in my opinion.)

1 thought on “The New Yorker: “Member/Guest” by David Gilbert”