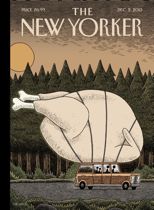 This story reminds me of my one and only visit to Sri Lanka. At the time, there were still troubles in parts of the country, so my visit was limited. I flew into Colombo, hired a driver, and visit a few hill stations and safe tourist spots. It was fantastic, but it was kind of weird to be with this guide/driver who stayed in a different part of the hotels, ate elsewhere, and was generally invisible.

In this story, it is the tourists who are invisible. The guide has driven them to a stop along the way of their journey and, as a mere driver, is given a paltry dinner. He is visited by the Guest Relations officer who wants to make sure he brings other visitors to the hotel. While they are sitting at the dining table, they spot a rat and the woman throws a bottle at it, killing it. While making small talk, the driver asks about her family, which he is told he should not ask about—clearly, she can’t or doesn’t want to talk about whatever happened to her family during the war. Similarly, she says she is trained in hotel management, but it appears that she’s more likely trained in guerilla warfare.

The story is deliciously vague in some details about the war. As the narrator says at the end, “There comes a point when you don’t want to know.”

Interesting story about different view points on a national tragedy—whether it’s better to forget and move on or to delve in and try to understand. The author doesn’t seem to be taking a position, only suggesting that there are both these points of view and we have to accept that.