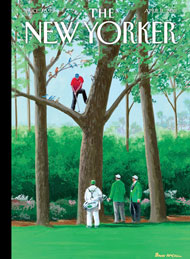 I think I like this story more having read the brief interview with Ridgway in which we learn that the characters of Hawthorn and Child tie the stories in Ridgway’s collection together.
The point of view character is a London pickpocket who doesn’t consider what he does “crime”. And anyway, it’s just a sideline. His main occupation is as driver for Mishazzo, who is some kind of gangster, apparently, although what he does isn’t entirely clear.
The pickpocket has a girlfriend who sometimes works in a café. They don’t talk much, but they write notes to each other in a notebook that they keep in a kitchen drawer. They never look at it together and they each write in it only when they’re alone in the house. The book is important to both of them.
So life is going on like that until the guy is picked up for pickpocketing by a couple of cops, Hawthorn and Child, who have been watching him. They’ve got him cold on his thefts, but what they want is information about his boss, Mishazzo. He’s in a tough spot, so he agrees to pass information to them. Except that as he does this, he begins to worry that Mishazzo knows what he’s up to, and so he gets nervous. When the boss asks him about his girlfriend, he says her name is Mary (we don’t know either his name or the girlfriend’s) and makes up a job for her. When Hawthorn tells him he can’t help him if there’s a problem, he panics and insists that the girlfriend come with him to Spain or France, or somewhere. He’s so panicked that he thinks his place has been ransacked, even though the mess was caused by his hurried packing.
But, as he’s explaining why they’ve left, Mishazzo doesn’t seem like such a dangerous guy after all. A broker. A businessman. He hasn’t actually seen any crimes taking place.
As he’s telling her about Mishazzo, he realizes that he’s forgotten about the notebook in the kitchen drawer. He’s panicking again, but she reassures him that she has it. But the fact that he’d forgotten it stays with him.
So what’s this all about? The book, clearly, is significant. It’s how they communicate with one another, and without it, the story seems to be saying, they’d be lost. He’s devastated that he was able to leave it behind in his panic, and now he’s worried about what that says. He ran. He left it behind. But more importantly this petty crook is stuck between two lives. He’s nameless in the story, probably because he’s representative of so many young, aimless men, and he’s facing a life on the run, always leaving behind what’s important to him. He’s lucky this time, but he won’t be so lucky next time.
The title is interesting, too. What they write in the book is goo, love notes and so on. But is the book also, in a way, their Good Book, i.e., their bible? The bible of the religion of them? Which makes his near-abandonment of the book even more troublesome to him.
April 11, 2011: “The Goo Book” by Keith Ridgway