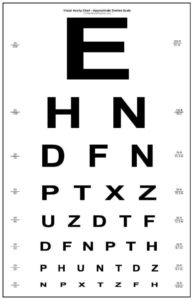 One of the hallmarks of great literary fiction is its attention to character. Every story needs a plot, of course, and a setting, but even the most exciting story set in an exotic location will lose the reader if the characters are not compelling. Writers sometimes take their characters for granted, however. Aren’t they just people, after all? And aren’t we all people ourselves? How hard can it be?

In a seminar I taught this past weekend at WriterHouse in Charlottesville (which, by the way, is a great place to find writing guidance or a community of writers, or both) we explored various techniques for creating memorable characters in fiction. We looked at examples from classic and contemporary fiction and considered what seems to work well. We discussed whether characters need to be likable or relatable, as some critics have said. We talked about the special challenges of writing about characters outside of our own experience—a different gender, race, culture, age, sexual preferences.

And we talked about the author as optometrist.

I suggested that it’s important to remember that there’s a distinction between the character the author has created and the perception that other characters and the reader have of that character.

The foundation of creating great characters is learning to know them even better than we know ourselves. There are the obvious physical characteristics we need to be aware of in order to show them to the reader: height, weight, hair and eye color, tattoos, race. But characters are much more than their outward appearance. What are the character’s religious beliefs? Is she a regular church-goer? A non-traditional seeker of spiritual growth? What is her temperament? Does she have an anger-management problem? A personality disorder? Is she taking medication to control it? What is her level of education? Is she using her education and, if not, is that frustrating? Does she have a career? Or just a job? Or not? What’s her family life like? Politics? Taste in music? Film? Literature? Who’s her best friend? In whom does she confide when things get dicey (as they must)? What car does she drive? What car would she like to drive? Sexual turn-ons and turn-offs? What does she regret?

The character profile thus generated will prepare the writer to present as part of the story authentic responses to any situation that arises. How will your character react if she is confronted by a professional rival? Or a mugger? What will she do if her efforts to get a job are frustrated? What will she do if she suspects her husband of cheating on her? Or if her son is arrested? Not all of the details from the profile will appear in the work explicitly—just as much historical research will be left out for the sake of concision—but the total profile will inform the writing. The better the writer knows who the character is, the more credible she’ll seem on the page.

But perception of the character thus created is a separate issue. The author/narrator is like an optometrist in this regard, placing a filtering lens between the reader and the character. The lens can sharpen the image or it can distort. In many cases, the image will be blurry at first, but gradually come into focus as the filters gradually fall away.

1 thought on “Tips for Writers: The Author as Optometrist”