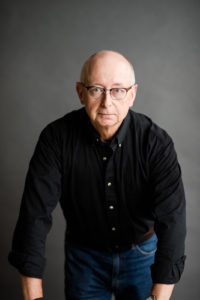 Clifford Garstang grew up in the Midwest and received a BA from Northwestern University. After serving as a Peace Corps Volunteer in South Korea, he earned an MA in English and a JD, both from Indiana University, and practiced international law in Singapore, Chicago, and Los Angeles with Sidley Austin, one of the largest law firms in the United States. Subsequently, he earned an MPA in International Development from Harvard University’s John F. Kennedy School of Government and worked for Harvard Law School as a legal reform consultant in Almaty, Kazakhstan. From 1996 to 2001, he was Senior Counsel for East Asia at the World Bank in Washington, D.C., where his work concentrated on China, Indonesia, Korea, and Vietnam.

After leaving the World Bank, Garstang received an MFA in Creative Writing from Queens University of Charlotte. His award-winning collection of linked short stories, In an Uncharted Country, was published by Press 53 of Winston-Salem, NC, in 2009. Press 53 also published his second book, What the Zhang Boys Know, a novel in stories that won the 2013 Library of Virginia Literary Award for Fiction. Garstang’s work has appeared in Bellevue Literary Review, Blackbird, Virginia Quarterly Review, Shenandoah, Cream City Review, Tampa Review, Los Angeles Review, The Hopkins Review, and elsewhere and has received Distinguished Mention in the Best American Series. He won the 2006 Confluence Fiction Prize and the 2007 GSU Review Fiction Prize, and has had a Walter E. Dakin Fellowship to the Sewanee Writers’ Conference and scholarships to Sewanee, Indiana University Writers’ Conference, Tinker Mountain Writers’ Workshop, and the Virginia Quarterly Review Writers’ Conference, as well as residencies at the Virginia Center for the Creative Arts, the Kimmel Harding Nelson Center for the Arts, the Ragdale Foundation, Hambidge Center for the Arts, and Rivendell Writers’ Colony. In 2015, Garstang received the Eugene & Marilyn Glick Indiana Emerging Authors Award from the Indianapolis Public Library Foundation.

Garstang has also edited an anthology series for Press 53. Everywhere Stories: Short Fiction from a Small Planet Volume I is a collection of 20 stories by 20 authors set in 20 countries. Volume II, with 20 more stories, came out in 2016. The third volume was published in October 2018.

Garstang’s first novel, The Shaman of Turtle Valley, set in South Korea and Virginia, was published by Braddock Avenue Books in May 2019. Press 53 brought out his third story collection, House of the Ancients and Other Stories in 2020. His second novel, Oliver’s Travels, was published by Regal House Publishing in the spring of 2021.

Q&A
Q: Why did you write In an Uncharted Country?

A: When I first moved to rural Virginia, I felt like an outsider. But when I looked around, just about everyone I met was an outsider in one way or another–their political views weren’t mainstream, or their lifestyle choices were nontraditional. And it intrigued me to think about how everyone struggles to fit in, whether it’s in a community or a family or a culture. That was the genesis of the book.

Q: What about the second book, What the Zhang Boys Know?

A: In contrast with the first book, for this one I was interested in looking at people in a relatively confined space, such as a small condo building like the one I lived in when I lived in Washington, D.C. I also wanted to study how loss affects us all, and that’s one of the things that ties the characters in this book together.

Q: In an Uncharted Country is a collection of linked stories and What the Zhang Boys Know is a novel in stories. What do these terms mean?

A: The twelve stories in Uncharted Country are connected in three ways: overlapping characters, a shared setting, and recurring themes. Some of the stories are more closely linked than others. For example, three of the stories, at the beginning, middle and end of the book, follow two brothers at various stages of their lives. All of the stories, though, are about characters searching for identity and for a sense of belonging in their families and community. Zhang Boys, in contrast, is about the search of the Zhang family for a new mother for the two young boys, and even though there are stories in the book about other characters, all of the stories contribute to this single “story arc.”

Q:  Why a collection of stories instead of a novel?

A: I love novels, and have now written a couple of them, but stories are a real pleasure to write and read because they are compact and can explore a variety of situations and characters. In the case of the first book, I wrote one of the stories and realized that in the process I had created characters about whom I wanted to know more. And so I gave them their own stories, which meant I had to invent fuller lives for them than they’d had when they were minor characters. In the second book, I set out to write about the Zhang family in this novel-like way, but because I wanted to come at the story in multiple angles and lenses, I chose to do it through short stories.

Q: Have the stories been published in magazines?

A: Almost all of the stories in both books have appeared in literary journals. I’m grateful to the editors of those magazines for choosing my stories for publication.

Q: You practiced law for many years. What made you turn to fiction writing?

A: I have always loved fiction and wanted to write. In fact, before law school I got a Masters in English because I thought it would help my writing. At the time I don’t think I knew what an MFA was, but in any case I needed to broaden my knowledge of contemporary literature, so that was my focus. At the same time, though, I was interested in international law and my legal career beckoned, until I finally decided at about the time the new millennium rolled around that I wanted to write full time.

Q: Has your international law background had an influence on your writing?

A: The “law” part not so much, at least not yet, but the “international” part without question, because I’ve spent so much time living in Asia. One of the stories in this book is set partly in China, and I’m working on other projects with similar cross-cultural settings. There has been an indirect influence, too, I think, because I’m always interested in the challenges faced by the outsider—whether that’s an American abroad, or a visitor to the United States, or just someone who finds himself in an unfamiliar setting.

Q: Tell us about the anthology series.

A: Because I have always had an international career–first in the Peace Corps, then in a private law practice, and later with the World Bank–I have traveled extensively. I also love to read stories and novels set in exotic locations. So I got this idea for an anthology, pitched it to my editor at Press 53, and he loved it. We put out an open call for submissions and got over 800 stories, which was very exciting, and now we’re about to launch Volume III. Each volume has 20 stories set in 20 different countries, although we repeat the US in each book, so we’re now up to 58 countries. We’ve been very pleased with the reception the stories have had.

Q: You have a new novel coming out. What’s that about?

A: Technically, it’s my first novel, and I’m very excited for its release.  I got the idea many years ago and in fact finished the first draft in 2011. It’s about a young man from rural Virginia who is stationed in Korea with the Army and brings home with him a young Korean wife. Unsurprisingly, there is a clash of cultures as the wife tries–or actually doesn’t try–to fit in with his family. This was a lot of fun to write, because the book somewhat revisits the landscape of my first story collection, but also incorporates my knowledge of and love for Korean culture that I came by as a Peace Corps volunteer there.

Q: What else is in the works?

A: I’m working on a novel set in Singapore, where I used to live, but first there are two other books scheduled for publication. The first is another story collection that Press 53 will be doing and the other is another novel, this one about a young globe-trotting wannabe writer and philosopher.