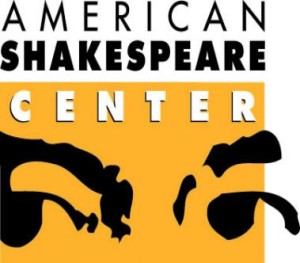 I feel very fortunate to have such an amazing theater right here in this small town. The American Shakespeare Center provides an endless source of entertainment and a continuing literary education, and I don’t have to go to DC or New York for live theater.

Last night I saw the opening performance of the 2016 Actors’ Renaissance Season production of The Tempest. The Ren Season is a particularly exciting time at the Blackfriars Playhouse. No directors, no costumers, very little rehearsal time. The actors do it all [almost] by themselves, and the result always has extraordinary energy. The Tempest, for example, was put up in under a week, and next week the troupe will add Measure for Measure. Three more plays will come on-line in the following weeks so that by the end of the season in early April this amazing group of performers (accomplished musicians as well as actors) will be doing five shows in repertory.

So, The Tempest. It’s one of my favorites and I’ve seen it many times over the years, including quite a few stagings here at the Blackfriars, as well as a production at the American Repertory Theater in Cambridge that was the spectacular Posner and Teller adaptation. That was a special experience, but there’s nothing like seeing it in an intimate theater like the Blackfriars, Shakespeare’s original staging conditions and all.

We start with the chaos of the shipwreck caused by Prospero (played magnificently by Rene Thornton Jr.) followed by his education of his daughter, the lovely Miranda (Lauren Ballard, who is bubbly and perfect in this role) about how they came to be stranded on their island due to the treachery of his brother. Then we meet Ariel, the sprite who does Prospero’s bidding. The relationship between Prospero and Ariel is what provides the real charm of this play, and Chris Johnston gives Ariel appealing freshness. Johnston, a brilliant musician, turns Ariel into a musical spirit, complete with banjo (sometimes a ukelele), and is nearly heartbreaking when he gazes into Prospero’s eyes begging for his freedom. I also enjoyed Patrick Midgley as the “monster” Caliban, who is appropriately evil and pitiful at the same time, and Chad Bradford as Ferdinand, destined to fall in love with Miranda.

And it was fantastic to see many former company members return to the Blackfriars for this season. Kudos to the whole cast for a job well done.

Also, last night before the show began, Artistic Director Jim Warren announced the lineup for the 2016-17 Artistic Year, including 6 Blackfriars premiers, which is very exciting. More on that later.