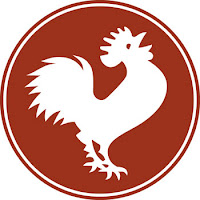 Time for the Tournament of Books, the “Battle Royale of Literary Excellence” in which sixteen books are pitted against each other to determine the eventual winner. As the organizers say:

“No author asks to have his work pitted against the work of another, but that is what all awards do, in effect. The Nobel Prize is an Olympiad of words. The Man Booker is the Premier League Championship of Letters. Everyone knows that, behind the scenes, the National Book Award is both arbitrary and brutal, sort of like Keeping Up With the Kardashians meets Ultimate Fighting. The Tournament of Books is every bit as arbitrary, but we have simply lifted the curtain so the reader can actually see the caged octagon in which the books meet, barefoot and snarling.”

I’ve included a list of the contenders here, but if you want more information, go here for links to the Powell’s site, where a discount is offered on the sweet sixteen.