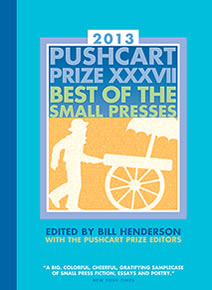 It is time once again to present the annual Perpetual Folly Pushcart Prize Rankings for Literary Magazines. I’ll be rolling these out over the next three days, beginning with the Fiction ranking, which is below. (Nonfiction Rankings are here and Poetry rankings are here.).

A note on symbols. I have marked magazines that I believe to have ceased publication with ©. Several magazines have a (?) by their name which means I can’t find a website for them. Please leave any corrections or updates in the comments.

If you find this list useful, consider making a donation to help support this website. Thank you.