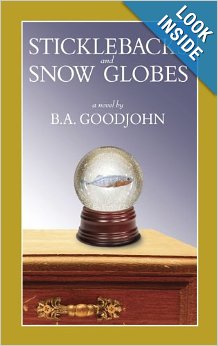 One of the things that makes this novel (novel in stories?) unique is its setting—a housing estate in England. Set in the early 70s, we focus on young Tot, a girl in a household on the verge of disintegration who is further challenged by her [mild] epilepsy. Around Tot are the many problems of the lower middleclass in England (and everywhere)—illness, alcoholism, racism, underemployment, teen pregnancy, idleness. Tot herself is an engaging, curious child (a device I’ve used myself, so I like it) and sees things that perhaps adults will not. Surprisingly, not much is made of Tot’s epilepsy, which remains mostly in the background—she has “fits” and she takes medication for them, but other than some teasing by the neighborhood children, the condition has few consequences for her. The stakes for Tot are high, though; her father has dreams of going to New Orleans to make it big in jazz, and Tot makes a deal with God to keep him home.

The chapters read like individual stories, so it’s an easy book to pick up from time to time. An enjoyable read.