With my own book coming out in May, I didn’t get a lot of other reading done, or at least not as much as I intended. But while we’re on the subject, my new novel, Oliver’s Travels, was published on May 18 by Regal House Publishing. The novel is about a young man who is searching for the truth about something that happened to him as a young boy. His search takes him on a Gulliver-like journey as he makes discoveries about himself and his family. It is in many ways a Hero’s Journey. As Liam Callanan said of the book, “It’s a twisty metafictional and metaphysical tour of the world–and the author’s mind–that examines not only how humans make stories, but how they make us. Fascinating and endlessly surprising.”

Shakespeare in a Divided America by James Shapiro is a terrific book. It is framed by a discussion of a 2017 Public Theater production of Julius Caesar that seemed to portray Donald Trump as the ruler becoming dictator who is assassinated. The production is referred to in the introduction and the protests that arose on the far right are discussed in the conclusion. In between are stories about Shakespeare in other tumultuous times in America, including a long and fascinating discussion of Abraham Lincoln’s fondness for Shakespeare and the very Shakespearean thinking of his assassin, John Wilkes Booth, who saw himself as a Brutus ridding the country of a tyrant. This was my book club’s discussion for May and I’m very glad I read it.

Washington Black by Esi Edogyan is not promising at first. In the past decade, I’ve read several slave narratives, and there’s a certain sameness to them . . . until suddenly they’re not. Underground Railroad was like that, and so is this novel. The main character, George Washington Black, is a young slave on a plantation in Barbados in 1830 when the master dies. The new master arrives, along with his younger brother. The brother takes Wash on as a helper/apprentice and treats him well so that the boy thrives and learns. He never forgets his origins, though, no matter where their adventures take them. For the next couple of hundred pages, the story is gripping and unusual, which is great. But then, I’m afraid, the story falls apart at the end. Beautiful writing, if a little overwrought in places, and a fine collection of interesting characters.

She Smells of Turmeric by Natasha Sondakh is an entertaining short novel by a college student I am mentoring. I am clearly not the intended audience, but I enjoyed it just the same. The main character, CeCe, is the daughter of an Indonesian couple living in LA. When her father dies suddenly, CeCe is devastated. So when, after her graduation from USC, her father’s parents ask her to move to Jakarta so they can get to know her better, she does. She is, somewhat improbably, able to arrange for a decent job in a start-up company, and off she goes on her own, only to discover that her grandparents are incredibly wealthy. She makes some friends through her co-workers and keeps her identity a secret from them. In the process, she learns some valuable lessons about herself and her family. I enjoyed the book in large part because I used to go to Jakarta frequently for work, and CeCe sees a lot of the same things a foreign visitor would. Also, the book is a little bit like Crazy Rich Asians, but not quite as over the top or melodramatic.

In Search of Hua Ma by John Pasden is a really short book, but in my defense, it’s in Chinese! It’s part of a series of graded readers for Chinese learners, and it’s actually below my grade level, but I wanted to check it out before I purchase books that are at a higher level in the series. It reminds me a little of The Little Prince. Little Nan Nan, who lives in the province of Shan Xi in China, goes out looking for some flowers for his mother’s birthday. He meets an old woman who tells him he should be looking for Hua Ma (which means Flower Horse) and when he does, he finds himself transported to Hai Nan Island (off the southern coast of China. Using only 150 characters, it’s very easy to read, so now I need to look for the more challenging offerings.

Pity the Reader by Kurt Vonnegut and Suzanne McConnell is a collection of Vonnegut’s writing advice curated and annotated by McConnell, along with excerpts from Vonnegut’s work and McConnell’s own observations. It’s an impressive achievement, really, and I think it does contribute to our understanding of who Vonnegut was as a writer. McConnell, whom I met several years ago because she edited a story of mine for the Bellevue Literary Review, was a student of Vonnegut’s at the Iowa Writers’ Workshop and stayed in touch with him after that. Much of the advice is of the familiar sort, but with a Vonnegut twist that one might expect, given that his work was unique. The book includes comments and quotations from some of Vonnegut’s other students, colleagues, and friends. 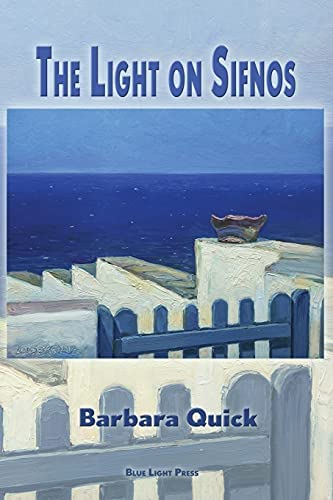