Klara and the Sun by Kazuo Ishiguro is my book club’s selection for August. I didn’t love it, I have to admit. The novel is told from the point of view of Klara, who is a robot/android known as an AF, or Artificial Friend. When she’s still on display in the store, she grows fond of the Sun as it shines into the store windows and even believes it has special healing powers. Eventually, she is purchased by a woman to be the companion of Josie, a frail young girl. Josie is a teenager and prone to moodiness, but she’s also got some kind of debilitating illness that everyone seems to think will kill her (her sister also died young). But one thing that brings her joy is her neighbor Rick, a regular kid who enjoys working with drone technology, and they plan to spend their lives together. Given their different status, this seems unlikely, and it is one of the sources of tension in the book. While it was an interesting read, it only got exciting for me in the last third when a major plot element is revealed, which is likely to be a problem for some readers.

Lullaby by Chuck Palahniuk was not my cup of tea. It’s about a reporter who is writing a newspaper series on Sudden Infant Death Syndrome (SIDS), except it turns out he’s really trying to understand what happened to his own wife and child for whose deaths he was blamed many years before. Meanwhile, he connects with a whacko real estate broker who seems to specialize in haunted houses—selling them over and over as buyers flee after moving in—but her real job is using a “culling” spell to knock off dictators and other bad guys on behalf of governments, including the US. The reporter learns that the spell is included in a book of poetry that parents read to their children, possibly explaining their deaths from SIDS. And so on. Too weird, too disjointed, too gruesome.

Neruda on the Park by Cleyvis Natera is a novel about an immigrant family from the Dominican Republic who live in a neighborhood that is being gentrified, blamed on “white capitalism.” The story is told from the point of view of Eusebia, a middle-aged woman who is determined to battle the development in their neighborhood, and her daughter, Luz, a lawyer who has just been fired from her law firm after five years and now is looking for purpose. Eusebia takes a surprisingly violent approach to her activism, fabricating crimes to make the area seem less attractive to the kind of buyers the developers would want to attract. This creates some intriguing action and suspense. Luz, though, falls in love with a white property developer—over Eusebia’s objections—and is caught between two worlds.

A Tide of Dreams by Carey Henry Keefe (forthcoming, Koehler Books, October 1) is a book about Paul “Bear” Bryant and two of his coaching colleagues, including the author’s grandfather, Carney Laslie. I was asked to provide a blurb for the book, which I was happy to do: “More than a book about football, A Tide of Dreams is a story of pride, perseverance, ambition, and, above all, loyalty. With meticulous research and a personal connection to one of the protagonists, Carey Henry Keefe has created a remarkable behind-the-scenes look at three men who led very public lives in the pressure-filled world of college sports. They were not supermen, and their careers were sometimes rocky, but Keefe shows us, flaws and all, their inspiring drive to succeed and their commitment to one another. This is a story not to be missed and is beautifully told by a fine writer.”

Nous Nous by John Vanderslice is an intense psychological thriller in which the mystery is why the antagonist does what he does. In addition, the protagonist struggles with the conflict in her role as an Episcopal priest and as a mother. Told from several points of view, including the mother, her daughter, and the daughter’s kidnapper, it is a dark tale that is difficult to read and yet hard to put down. It begins when a man, who it will be revealed is a lapsed Catholic, visits an Episcopal church seeking guidance. He wants to kill someone and he wants a reaction to that statement but doesn’t seem to want to be talked out of doing it. Elizabeth, the priest, doesn’t take him too seriously and is distracted by her duties as a mother to talk to him for long, with a devastating result.

The Rooftop Party by Ellen Meister. I wouldn’t ordinarily read a book described as a “rom-com/murder mystery” but I read an earlier novel by the author, so I decided to give this one a try. (Was it because I recently attended a rooftop party? Maybe?) Anyway, I was right that I’m not the intended audience for a book like this, but that doesn’t mean I can’t appreciate the craft that went into writing it. First, I love a story where the protagonist has a credible job. In this case, Dana is a host of a show on “The Shopping Channel,” and although I don’t watch such things, it all seemed authentic to me. Second, there were enough twists and turns and red herrings to make the mystery interesting. And third, Dana was relatably bad at managing her relationship with her lover. Finally, Dana’s curmudgeonly father, although a little over the top, was hilarious. All in all, an entertaining diversion. 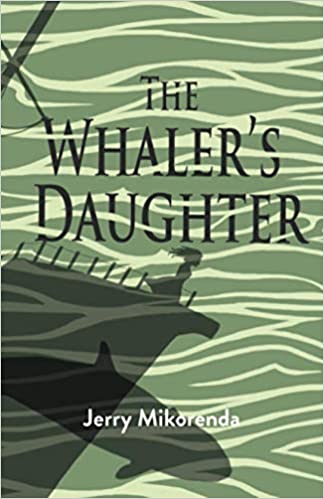