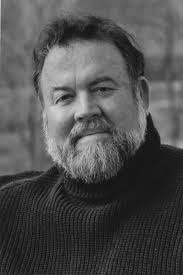 Andre Dubus on writing a novel:

If there’s anything I have to say to anyone who’s starting a novel, it’s this: Finish it. One thing, of course, is certain: Unless you finish it, it’ll never be published. But there’s another thing which is perhaps more important: In many cases, you’ll never know whether your novel is good or not until you’ve finished it.

I believe most writers, while working on a novel, are attacked by doubts; they go to bed at night and wonder if what they’re working on is really worth the effort. I always feel this way; I assume I’m like most people, not utterly alone in this, and others are going through some variation of the same difficulty.

The easiest course is to stop working on the novel, to tell your wife or husband and closest friends that it was actually a bad idea and you’ve decided to lay it aside and think of something new. And since that’s the easiest course, it’s probably also the most suspect. Because finally writing a novel takes a lot of endurance, and if you can find an honorable way to stop, then you’ll feel much better.

A friend of mine once said, I believe in inspiration, but it comes on page 10. He was speaking of short stories and he was saying that most of the writing is pure hard work, that finally–with, God’s blessing and luck and whatever else–there might be some period of respite, when words, and even pages, come easily.

The problem is, of course, enlarged when you’re working on a novel which may take a year or two or more to finish. You are faced with a succession of days of hard, rarely inspired work which must be approached with the discipline of a committed athlete. There is another side to this, though: Because the work is tough, because it drains you daily, because you are always un-certain about its value, your own commitment to it becomes heroic. This is perhaps more than a consolation; it may be the very reason for getting up each day, for working and living.

Which brings me to the final and–I believe–most important point. Novels are written in the same way that farms are made productive, or houses are kept clean, or baseball pennant races are won: with steady work each day. This means that you get up every morning uninspired, perhaps annoyed by a cold or bills or what have you, and work.

Or, if you have a job, you cut your cocktail hour to a quarter of an hour so your head will be clear, and after dinner you go to your desk and stay there for two or three hours. Two or three hours doesn’t seem like much, but when you’re doing it five or six days a week, for a year or more, it’s plenty.

My editor at Dial Press once told me that the prolific writers are those who turn out 500 or 1,000 words a day; even if most of it isn’t good, he said, you’re ahead of the game. I think that’s absolutely true. But the point here is not to talk about being prolific. It’s to discuss the beginning and completion of one book-length manuscript. And to do this, most writers have to stick to a definite schedule and allow nothing–or very little–to deflect them from it.

In an interview, Robert Penn Warren said something like this: A writer must work every day, realizing that most days will be bad ones; he must sit at his typewriter or under a tree with his pencil and paper, and take the awful responsibility of wasting time.

And I’m sure Mr. Warren didn’t really mean that writing unsuccessful pages was a waste of time. Because whether the particular pages of a particular day are good or not, there is still you, all of you, bringing to that work and that day everything you have. And when you’re doing that, you’re a writer.

Andre Dubus, a distinguished writer of short stories, won the PEN/Malamud Award for short fiction and received fellowships from the Guggenheim and MacArthur foundations. In addition to his short fiction, he wrote a novel, The Lieutenant, and a collection of personal essays, Meditations From a Movable Chair. Film adaptations of his stories include In the Bedroom and We Don’t Live Here Anymore. He died in 1999.

–from The Writer archives

5 thoughts on “>Andre Dubus on writing a novel”