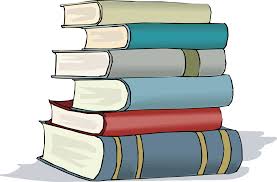 I know a lot of people who only read one book at a time. I’m not sure what’s wrong with me, but I usually have more than one going at a given moment, although at least they’re all in different genres or media. Right now is kind of an extreme case, and I would like to get through a few of these so I can focus better, but I thought it would be fun to record my current reading list:

Novel. The novel I’m reading in hard copy right now is The Underground Railroad by Colson Whitehead. I bought this last year in hardcover when it won the National Book Award, but had not gotten around to reading it. However, I persuaded my book club to pick it for our January discussion, so now I’ve moved it up to the top of my list. I’m not very far into the book, but so far it is very similar to other novels I’ve read in recent years about enslaved Africans. I gather that it will soon diverge, however, and I’m looking forward to that.

Novel on Kindle. Actually, I’m reading this on the Kindle app on my tablet because Children of the Salt Road by Lydia Fazio Theys is published by Kindle in Motion, so it has some interesting effects (color backgrounds plus moving illustrations) that don’t appear in other formats including my Kindle Voyage. I bought this because Lydia is a friend, but I’m enjoying the story, set mostly in Sicily. So far it’s a little spooky, but it seems that it’s going to get more than spooky in the coming chapters.

Nonfiction—History/Memoir. As I was straightening up my office recently I came across an interesting volume that I bought used last year after hearing about from a Pearl Buck fan, a special 1972 signed edition of Pearl S. Buck’s China Past and Present that is illustrated with lots of black and white photographs. It’s part history and part memoir about her own experience in China, which was extensive.

Nonfiction—History. I’m interested in genealogy and have done a fair amount of research on my own family tree. Last year I visited Lunenberg County, Virginia, because I had learned that the Scott family (the ancestors of a great grandmother on my father’s side) had immigrated there from Scotland. I found records of them in the county courthouse and was also shown a couple of books about local history in the 18th century. I’m reading one of those books now: The Evolution of the Southern Backcountry: A Case Study of Lunenburg County, Virginia 1746-1832 by Richard R. Beeman. It’s well written, but the subject matter is pretty dry. It’s going to take me a long time to get through this one.

Nonfiction—Language (paperback). Given how many books I’m already reading, I shouldn’t have started this one, but I’m fascinated by the study of languages and when a friend recommended Fluent Forever: How to Learn Any Language Fast and Never Forget It by Gabriel Wyner I couldn’t resist. I began reading it last night. I’m going to do a separate post on language study, so I’ll mention this one again.

Nonfiction—Politics (on Kindle). I’m sick of hearing about Donald Trump. I hate the man and wish we had dodged the bullet of his presidency. I was not going to read Fire and Fury: Inside the Trump White House by Michael Wolff, but the president’s heated denunciation of the book and threats to block its publication basically forced me to buy it. I’m not very far into this one, and I’m not learning anything I didn’t know or suspect, but I feel obligated.

Fiction—Short Story Collection (paperback). I love short stories and usually am reading them either in magazines or collections. This one is by a friend of mine, published by the same publisher that brought out my two story collections. I Will Shout Your Name by John Matthew Fox opens with a story that I included in Volume II of my Everywhere Stories anthology, so I had a head start on this one!

Fiction—audiobook. I always have an audiobook going, too. I listen in the car or on the treadmill at the gym. I just finished one yesterday, so I’m only about 30 seconds into its successor, but it’s a book I’ve heard good things about: The Green Road by Anne Enright.

That’s eight. I’m currently reading eight books, which is nuts. I must finish some of them! What are you reading right now?