Contributor Candace Robertson’s story, “Epistolize the Abandoned,” is set in Chicago. It’s one of 20 stories included in Volume II of Everywhere Stories: Short Fiction from a Small Planet, available now from Press 53, Amazon, and Barnes & Noble.

Candace M. Robertson is a freelance writer from southern Louisiana. She received her BA from Columbia College Chicago where she developed an interest in all forms of storytelling. She has spent many years as a transient student and will be finishing her M.Ed. through Concordia University-Portland this year. She has published a couple of flash fiction stories since undergrad. She was also a contributing writer in the 2014 Bacchanal Festival of Southern Rep Theater in New Orleans. And she is now a writing participant in the 6×6 performance submission group. She looks forward to sharing more of her work professionally, but in the meantime, her blog, drawings, online zines, and film shorts can be found at brutefruitproductions.com. 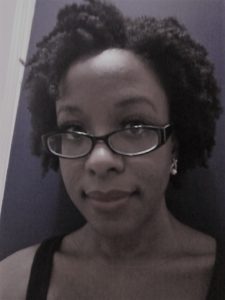 Candace Robertson’s comment on “Epistolize the Abandoned”–When I was in undergrad in Chicago, the downtown Loop had a very large homeless population. To witness it forced me to consider not only the helpless state of others but my own financial and life limitations. That experience combined with what I’ve since learned about the challenges that homeless teens face and the epidemic of human trafficking inspired “Traffic King.” During my time in Chicago I became friendly with a middle-age man who sat outside of the construction site next door to one of the school’s main buildings. He inspired “Juby’s Keepsake.” But my concern and helplessness to change the situation of so many people led me to write “Bus Stop” from the perspective of the grandmother and “Waiting” from the perspective of the mother. Homelessness is a part of life for so many people living with or in a state of lack. People can feel this isolated or abandoned just above or well below the poverty line. But it’s hard to save yourself or anyone else if you don’t have anything to give.