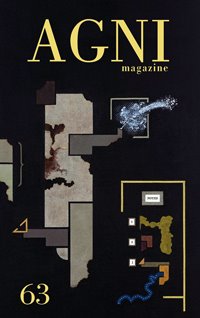 My first reaction to Sven Birkerts’s introduction to Agni 63 was—what a pompous piece of . . . How dare he reject anyone’s story after just one sentence, as he claims in the essay that he does. If that’s all he’s going to look at, how about giving everyone a break and starting a system of email queries. It’ll save us all a lot of time and money, not to mention trees. We send SB an email with nothing but the first sentence of our story (maybe the first two if the first one is really short). He can look at it, apply his mystical litmus test, and if he wants to see more he can ask for it. Otherwise, we move on to a more human editor.

Um, but . . . then I thought about what he was saying. And I think he’s right. And I think he’s saying more than “the story has to grab me from the get-go,” which is obvious. And I think I’m going to try to take SB’s advice, and rexamine all of my unpublished stories in light of it. And let’s see what happens on my next submission to Agni. (My last offering was rejected but with a kind invitation to send more, so I guess my first sentence passed the test; I’ll include it below and we can judge for ourselves.)

SB says, “The most salient—and to me, most interesting—[insight] has to do with what I think of as traction. ‘Traction’ is my code for the way a paragraph or a page of prose lands, how it does or does not anticipate and then address the resistance of the open attention.” By which I think he means that these days—the era of post-postmodernism—a story has to both grounded and fresh. It can’t make assumptions about the world in which it exists, but it has to create the world of the story in an instant and take off from there, all in the first sentence. If there’s any slip-sliding to begin with, it’s unlikely that the story is going to gain the momentum it needs.

SB says, “Basically . . . a work of prose (or poetry) can no longer assume continuity, not as it could in former times. It cannot begin, or unfold, in a way that assumes a basic condition of business as usual. . . This writing must, in effect, create its own world and terms from the threshold, coming at us from a full creative effort of imagination and not by using the old world as a prop.” I get that.

Now let’s look at some of the stories in this issue of the magazine to see how they work.
o “Monsieur le Genius” by Paul Eggers: “The joke was that Bujumbura’s only supermarket, the Supermarche de Liberte, ran on the Potemkin Village model: the shelves were full, but only because the rest of the city got the bare bones.” Okay, not bad.
o “The Fall of the House of Pirnat” by Maja Novak: “It all began innocently enough. What happened was nothing worse than this: Robbie Pirnat leaned a little too far over the railing of the sixth-floor balcony and fell.” Maybe. The first sentence was short so I went with two. Note to self: use a colon in the first one or two sentences—it seems to be a trend.
o “The Clawed Claims of Bear Love” by Alexandra Chasin: “Once, maybe Baltimore, we had a Chevrolet. Do you remember that car, what a beauty.” Again, I went with two sentences because the first one was short. There is a new world here, one of fragments and run-ons, like glass on the highway. Is that the same as traction?
o “Memory Sickness” by Phong Nguyen: “I’m sitting in a classroom of boys, our forearms laid out on the L-shaped desks, pale sides up.” That feels a little slippery to me; I’m not sure I would have read further.
o “Confession for Raymond Good Bird” by Melanie Rae Thon: “Raymond, I remember everything about the day: the heat, the rain, the cold wind after.” Note the colon. And if it’s fair to remember the title when you’re reading the first line, that name “Raymond Good Bird” grips the road fine, even if the rest of the sentence seems to depend on the old world a little more than SB might like.

I plan to come back to these stories in a day or two when I review the issue, but for now I’ll leave you with the opening sentence of the story that Agni rejected (I won’t presume that it even made as far as Sven) albeit with a request for more: “Elton Hoffman gazed out the hotel window at the jumble of signs and billboards, searching for anything familiar among those indecipherable Chinese characters.” Traction? Or no traction?