The single question that authors are asked most is “How long did it take you to write your book?” and while it sounds pretty straightforward, for me that’s one of the hardest questions to answer.

When I got divorced fourteen years ago I kept a journal in which I put down not only my own experiences but those of other women like me. One of the weird effects of divorce is that you suddenly become the person it’s okay to confess to. You’ve publicly failed yourself, you’re wearing the big red D on your chest, and so other people, even those you barely know, feel free to tell you about the failures and frustrations in their own marriages. I filled up one journal, then another, then two more, and started keeping them in a Hefty bag in a back closet. Pretty soon I had a big old sack ‘o female discontent.

But I thought it was going to be a nonfiction project. I’d been a journalist by trade for twenty years and I envisioned a book about women who initiate divorce. Women actually are the ones who leave nearly 2/3 of the time, and the older the woman the more likely she is to be the one to file, but most books show the woman as being left, as the victim. I had the feeling I was sitting on a great, untold story.

The only problem is that I was still too close to it. It felt autobiographical and painful and I knew I didn’t have any perspective at all. So I closed the closet on my Hefty bag of journals and didn’t look at the material for a full two years.

When I finally dug it out, it was like someone else had written it. It felt fresh and I as I was reading, I thought “This isn’t creative nonfiction, or even a memoir. It’s a novel.” I could see the basic shape – the time frame, the number of characters, the point where the story logically begins and ends. There’s no way I would have had that sort of cold-blooded ability to slice and dice the stories – both my own and other people’s – two years earlier.

So then I worked on it for three years.

And it took me two more to find an agent.

For me, finding an agent was the hardest part of the process. I had been going to writer’s conferences and workshops and critique groups for years by this point, working on a variety of projects including two more failed novels, and I had a strong network of writing friends. Some of them had preceded me into publication but most of us were still in the soup – we’d get a fiction publication here or there, have an agent ask to see a couple of chapters. There would be flares of hope. But one friend, Alison, had not only gotten an agent but had sold a book for a really big advance.

To this day I don’t really know why it took me so long to ask for Alison’s help. I’d probably been turned down by 30 or 40 agents at that point. But when I finally swallowed my pride – or whatever it took – and asked Alison to introduce me to her agent, David, he and I were a good fit. He took me on and sold the book within four weeks.

Don’t get me wrong. I’m not suggesting connections are everything, although you’d have to be a lunatic to pretend they don’t help. By that point I’d worked on the book really hard and it was strong. If it hadn’t been, David wouldn’t have signed me up just as a favor to Alison. But the fact that he read it at all and considered it seriously was partly a favor to Alison. A friend connection isn’t a slam dunk. Since then I’ve suggested two friends to David and he hasn’t taken on either of them. No reflection on either as writers, he just doesn’t personally know an editor he thinks he would buy those particular books and that’s what it usually boils down to. If an agent thinks he or she can sell the project, they’ll take it. But if he or she can’t think of where to place it, they’ll pass on a project, even if it’s well-written or interesting.

Ok, now I had an agent and, rapidly following, an editor. But here’s the kicker. My book sold in December, 2007 and my publisher wanted to bring it out in March 2010. 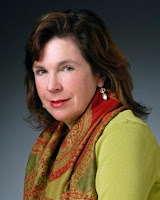 Still counting? That means, despite the fact that virtually no edits were needed, they were going to sit on it for 2 years and four months.

It was a marketing decision and I won’t bore you with details here but the bottom line was that this book which had already gone through one enormous fallow period at the beginning was going to have to wait through another one at the end.

Now that all is said and done and the book is out, I’m actually sort of glad. For starters, I don’t think I missed anything sitting out the 08 and 09 financial markets. Secondly, two year gap gave me the chance to write the sequel. But mostly because the long wait once again gave me a kind of perspective. I got distance from the concept, worked on other things. Began to think of it not just as “my book,” but as “my first book,” which is hugely different. Bad reviews and rejections and slow sales will undoubtedly still hurt but I suspect they’ll hurt a little less.

The bottom line to this little essay is this. The road to publication is long and winding and most people have periods along the way where their books seem stalled or maybe even dead. But these fallow periods can be extremely useful because they’re the point where you detach and begin to develop a more critical eye. The two years where the journals sat in the Hefty bag allowed me to see more clearly the form it should take. The two years while the novel waited in the publication chute gave me the chance to cover a little authorial distance. Pauses, even though painful at the time, are actually part of the process.

Note: Kim Wright is the author of Love in Mid Air, published in March 2010 by Grand Central.