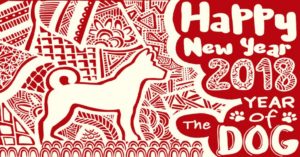 Happy New Year! It’s the year of the dog, which probably has some significance for someone, but I can’t say I know what it might be. Like the Western Zodiac, the Chinese version is derived from myth and superstition, without any basis in science. I do like the idea of celebrating the new lunar year, though, and in modern China, the holiday is known as the Spring Festival. Given the warm temperatures around here this week, that’s completely appropriate! 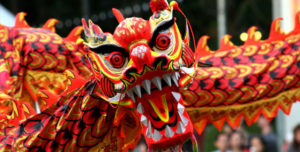 In Asia, this is a big week for travel. Last year, the holiday was in late January and happened to occur during my research trip to Singapore. Although that was disruptive—some businesses close for the holiday and a day or two on either side—it was also fun to be part of the celebrations. I was staying in a hotel near Singapore’s “Chinatown” (an ironic name, given that the majority of the population of the country is of Chinese descent) and enjoyed walking the streets packed with vendors spelling special foods and traditional items for the holiday. It’s big business in Singapore.