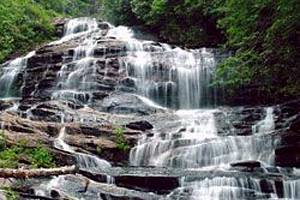 My friends Mary Ann and Stan were visiting from Chicago. They had left the house to go for a long run, and I was straightening up. We had planned to go on a hike and then cook a nice dinner later, so I wanted things to be orderly.

I flipped on the TV in my bedroom to check the stock futures and that’s when I saw that a plane had flown into one of the towers of the World Trade Center. I assumed, as did the commentators, that it was a private plane accident—because, really, what else could it be. But then the second plane hit, and the accident was ruled out. Details began to trickle in. I watched. Mary Ann and Stan got back from their run and I pulled them into my bedroom to see what was happening. There was word of an attack in DC. The towers fell.

We were, of course, horrified. But what could we do? What good would be served by watching the news coverage of the tragedy—already labeled a terrorist attack—when that coverage would surely reveal little actual “news” and would, most likely, simply show the images over and over and over again. So we prepared for our hike. We’d leave the TV behind. We’d find out what was going on later.
A friend called from DC. He’s also a friend of Stan and Mary Ann’s. He was on his way, he said. His government office building had been evacuated and he didn’t want to go home. So he was coming out to see us—150 miles from the city. It complicated things, but we figured we’d make it work. I didn’t have a cellphone then, but we’d deal with it.
And so we headed to Crabtree Falls, a beautiful trail in the George Washington National Forest not far from where I live. It was a gorgeous day—just like in New York and Washington—and the woods were beautiful. Quiet. Peaceful. We didn’t talk much. We walked. We were calm. We thought. Mostly I thought about how grateful I was not to be alone.
Somehow we managed to rendezvous with our DC friend. We made dinner—I don’t recall what it was—and then talked about what had happened. And our DC friend watched TV, although the rest of us could not.
That’s how I spent the day. Since then, I’ve been horrified to witness the changes in our country. So many Americans have channeled their anger in ways that will almost certainly make things worse, that it makes me think that the terrorists accomplished even more than they thought they would or could. A deep wedge has been driven between Americans. And some Americans seek to exploit that division for political gain. Our discourse has never been less civil—at least not in my lifetime–and I believe our reaction to the 9/11 attacks is at the heart of this divide.
But I don’t think the situation is hopeless. I would like to think that all of us would understand that the way we defeat terrorism is by remembering who we are—the United States. We are one country—not just a country of conservatives and liberals, but a country of Americans. Why can’t we share the sacrifices needed to make our country strong again? Why can’t American investors accept slightly lower profits from corporations in order to put more people to work? Why can’t the wealthy agree to pay slightly higher taxes in order to put our financial house in order, and in order to ensure that no American goes hungry or is denied medical treatment? Why is that asking so much?

Because if it is asking too much, then we’re doomed.