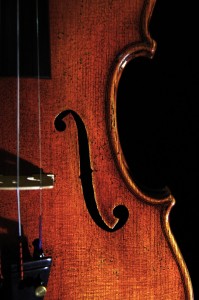 Staunton, Virginia is a small town — just 25,000 people — but it is surprisingly rich in culture. I’ve often written about the American Shakespeare Center and its productions at the beautiful Blackfriars Playhouse, something the town has become known for. But Staunton is also a music city, with some amazing festivals and performances in just about all styles. It’s hard to keep up with it all really. Today is the Blues & Brews Festival at the Frontier Culture Museum. The three-day Oak Grove Folk Music Festival is also happening now. The Staunton Music Festival runs August 15-24, and that is a very big deal–I plan to take in some of those concerts if I can. At other times of the year there are festivals promoting jazz, rock, country and whatever other variety of music you can think of. And then there’s the Staunton Music Guild, which supports local performers of all kinds.

I’m writing now, however, about a festival that just concluded, the Heifetz International Music Institute at Mary Baldwin College. This is a gem. The institute, a 6-week teaching festival for talented young musicians from around the world, is a relative newcomer to Staunton, and I finally got around to going to a performance just this week as the festival was concluding. This year there were 79 students–cellists, viola players, and violinists–with a rotating faculty from some of the world’s top conservatories. What a great experience for the musicians and a treat for the residents of our area.

The concert I went to included three pieces–Bach’s Brandenburg Concerto No. 3, an Octet by Mendelssohn, and Tchaikovsky’s Souvenir of Florence. All three pieces were done by ensembles made up of students and faculty, except for the last movement of the Tchaikovsky which was performed by all 79 students–that’s a lot of violins, cellos, and violas. Also, at one point one of the violin faculty broke a string, bringing the performance to a halt. While we waited for him to repair the string, Daniel Heifetz got one of the students to play a short Bach piece. (She was quite embarrassed at first, but she closed her eyes and played beautifully.)

I’m so glad that I finally went to one of their concerts. Next year I’ll catch more–the festival includes free concerts by students and paid concerts by faculty. And I’m also excited now for the Staunton Music Festival, kicking off in just one week.