>One of the things I’ve enjoyed about being Editor of Prime Number Magazine is conducting interviews with writers. Only two so far, of course, but they were both fun, for different reasons. For the first issue I interviewed Josh Weil, author of The New Valley

. I’ve known Josh for a couple of years and we’ve even done a reading together, plus I’ve heard him talk about his book. So I had a sense of what he would say and what questions could lead to some answers that would be interesting to readers. 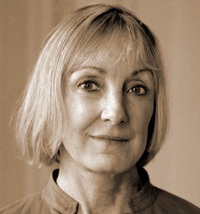 For Issue 3 of Prime Number I interviewed Christine Schutt, author of Florida

, among other books. And that was fun because even though I’ve known Christine for as long as I’ve known Josh, I had much less of an idea of what to expect from the interview. Since I generally conduct the “interview” by email, I sent my questions off (after reading the two novels and one of her story collections) and waited for the reply. What I got back was simply stunning, as I think you’ll agree. Although it is largely responsive to my questions, it turns out be a beautiful essay on writing.