Ships in the Desert is a nonfiction trade book published in paperback and e-book by Santa Fe Writers Project (SFWP). It was released on August 1, 2022.

It’s primarily about one of the most important things in the world today: water. It traces a personal trip I took to the dying Aral Sea in Central Asia during my four years of living in Kazakhstan, connecting it to water issues around the world today, particularly in the U.S. I also talk about cultural issues and how my life back in the States has been broadened and is still strongly tied to my time living overseas.

It’s a collection of personal essays that combine aspects of memoir, travel writing, and literary journalism. There’s also a strong advocacy component, particularly in regard to promoting environmental awareness and religious tolerance.

Lori Messing McGarry, who interviewed me for Real Fiction Radio (WERA 96.7 FM), said, “In Ships in the Desert, Jeff Fearnside has written world-class essays. They bring to mind Octavio Paz and Ruszard Kapuściński.” That really blew me away! She’s interviewed so many important writers and thinkers on her program, such as Pico Iyer, Azar Nafisi, and Thrity Umrigar. It’s a thrill to be included in the same list.

I really had no model in mind when I wrote it. I knew I didn’t want to write a typical straightforward story—that I couldn’t write it that way. The issues I wanted to write about all came from my personal experiences, but I understood they also needed to be grounded in facts. Yet the stakes were too high for me to lay back and pretend to have some kind of neutral point of view. So I came up with the hybrid approach I mentioned earlier. It was something I had to feel my way through as I wrote the book, to strike the right balance between all the parts. It can be dark, but I do try to offer some hope. So yeah, I guess it’s something like Frankenstein meets Peter Pan!

When I began writing the main portion of Ships in the Desert, the central title essay, climate change was certainly already well understood in scientific circles, but water issues weren’t being talked about as much, at least in the general public. Yet with drought becoming increasingly common all over the world, and with Lake Mead falling to worrying historic lows here in the U.S., along with other troubling problems—the Great Salt Lake is drying up and the Mississippi River has also dropped to historically low levels, for example—suddenly water is in the news everywhere. The timing of my book coming out now will, I hope, help people see and understand that we really need to pay attention to what’s happening. Not just debate and argue about it and create more study groups but actually come together and begin implementing actionable plans. Immediately. I really believe we don’t have time to waste anymore. Water is life in a real, literal sense. Places where there is little or no water cannot sustain significant populations of people. When the water is gone, the people will have to go somewhere else, putting more strain on the resources in those regions. We’re all intimately connected to each other and our environments. We need to begin living with that understanding.

Teaching in Kazakhstan as a Peace Corps volunteer was one of the most rewarding things I’ve ever done—it was a volunteer position, but I worked more than full-time at it. My whole career as a teacher has been rewarding, but there was something extra magical about those years in Kazakhstan. Living in another culture simply opens you up in a way that’s hard to replicate. It’s not just that everything is new and challenging. It’s that it forces you to think and act as another person—to really learn how to adapt and work with others who might seem different from you because of the cultural trappings but who you come to find aren’t different at all on a basic human level.

I hope they will come to understand the world really is smaller and more tightly interconnected than they might already suspect. We truly are all in this together, “this” being life with all the attendant issues we face.

I can’t help thinking of some of my favorites from Kazakhstan, such as shashlyk and plov, which are Central Asian versions of what we would call meat kebabs and pilaf, along with lagman, a Uyghur spicy noodle dish. And green tea, lots of green tea. The soundtrack is an electric mix just like you would hear on the radio there, everything from Turkish dance hits to Bollywood songs, from American jazz and classic rock to traditional Kazakh folk tunes.

Mainly work by authors who also write about the environment and other cultures, in all genres. I just read The Imaginal Marriage (Carnegie Mellon University Press), a poetry collection by Eleanor Stanford, who was a Peace Corps Volunteer in Cape Verde, and I’m finishing a review of it now for Peace Corps Writers. Recently I picked up Tara Masih’s newest book How We Disappear (Press 53) and Joe Wilkins’ latest collection of poetry, Thieve (Lynx House Press), and I’m looking forward to diving into both of those.

Buy the book from the publisher (Santa Fe Writers Project), Amazon, or Bookshop.org. 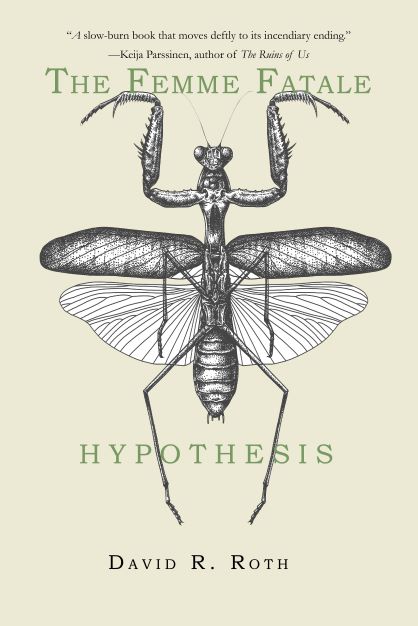