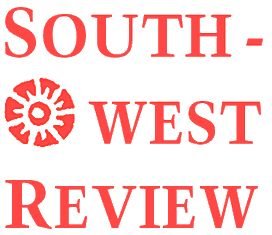 There wasn’t much in the current issue (Vol. 91 No. 1) of the Southwest Review that held my interest, and I have the feeling that’s been true for a while. There was the essay by Wendy Steiner that didn’t do much for me, and the odd story “The Secret History of the Flying Carpet,” by Azhar Abidi, that was well done for what it was (pseudo-academic fantasy), and and interesting enough essay on Hume and Rousseau (that I confess I could not finish). While I didn’t really enjoy it, I admired Brian Wormser’s story “William Blake.” I did enjoy the essay by John Gould on Anthony Powell and Constant Lambert. I’ve owned for some time Powell’s A Dance to the Music of Time, at the insistence of my friend Graeme (Graeme, are you there?), and this essay may finally push me over the edge to read it, all one million words of it. Most of them, anyway.

The standout piece in this issue, for me, is Lisa Lenard-Cook’s “Men on White Horses,” about Franny, a strong but fragile woman, and her dog Sophie who is hit by a car. It’s about a lot more than that, of course:

“She looks fine, Franny thinks. Maybe she’s just scared. I’d be scared, too. But she doesn’t try to move her. What should we do? She asks Janelle as Melvin Curly pulls up in his police cruiser. Melvin’s workboots crunch toward them and then he kneels, reaches tentatively to the dog Franny’s been petting all along without realizing it. You got to be careful, he says. Sometimes, with the shock, they bite you.”

Somehow, that isn’t enough to keep me coming back to a journal, though. Maybe if Editor Spiegelman would accept one of my submissions I’d consider renewing my subscription. Heh, heh.

Actually, the best thing in this issue is the poetry. Check out “Blackout” by Charles Simic.