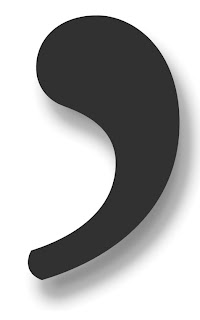 Actually, it isn’t neatness per se that counts; it’s attention to detail. As a teacher and an editor, I am disturbed when correct form is not followed. I’m even more disturbed when I see grammar, spelling, or usage errors in submissions. I’m horrified when these mistakes creep into my own work. (How about that for transference? Those mistakes aren’t my fault, apparently, if they somehow manage to worm their way into my story all by themselves.)

Grammar, spelling, and usage errors will affect a grade in my class. They’ll also make a rejection more likely if I see them in a submission to my magazine. And I don’t think my attitude is unique.

This was emphasized for me at the “First Pages Critique” during the recent James River Writers Conference in Richmond. It’s an interesting session: the first pages of several manuscripts are read aloud and critiqued by a panel of three literary agents in front of an audience. It’s a little like American Idol, without the screaming fans. A couple of the agents noted grammar and punctuation errors (misplaced commas) in a number of the manuscripts. It wasn’t clear that they would have rejected any of these manuscripts simply because of wild comma, but the fact that these mistakes were noticed was significant. Anything that bugs an agent or an editor is not going to help your manuscript make it through the screening process. There’s too much competition, and we have to do our best to make sure that our work will survive.

But here’s the problem: many writers don’t know grammar, and they certainly don’t know the rules for comma. Although I’m pretty well educated, I didn’t either until I began TEACHING. I saw the same mistakes over and over again and realized I needed to be able to articulate the rules in order to teach them. I learned. You can, too.