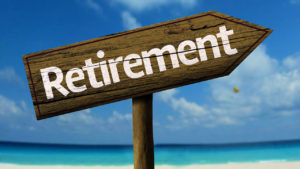 When people learn that I used to practice law, they often ask “So, you’re retired?” I can’t blame them for using the ‘R’ word. After all, I’m not as young as I used to be, and that’s what many people do when they’ve had long and successful careers. But, unfailingly, I correct them: “That’s not the word I use,” I say. “I changed careers.”

Although I continued for several years to do some legal consulting with my former employer, I left my last full-time job in 2001, when I was just 47. It was my intention to change course in a fairly dramatic way: I would become a writer and that would be my new career. I prepared to become a lawyer by going to law school, so it made sense to prepare to become a writer by going to school, and so I entered a Master of Fine Arts in Creative Writing program, which I completed in 2003.

Since then, I have been a self-employed writer, not a retired lawyer. (Admittedly, it took me a long time to shake my identity as a lawyer. How do you reply to the question “What do you do?” when you meet someone at a cocktail party? “I’m a lawyer,” I used to say. After some years, I was finally able to say, “I’m a writer.”)

I sometimes wish I had had the discipline to write fiction while working fulltime—I actually enjoyed my last legal job, which was in the legal department of the World Bank—but I knew I did not. The job was draining, with lots of international travel, and I just wasn’t good at using my off time for a creative purpose. I tried. I took writing classes at the Writer’s Center in Bethesda, just outside Washington to learn some basics. I worked to edit a manuscript I had managed to write before I started work at the World Bank when I was in a less-demanding consulting job. But I concluded that I needed to really focus on writing if I were going to be successful at it.

Now, many years later, I have had, by some measures, success at being a writer. I haven’t published a bestseller or even a book with a large press. But I treat the writing as a job, although one with flexible hours, and I set goals for myself. I’m trying to be the best writer I can be, and I can’t imagine that I will ever retire.