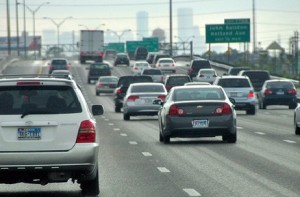 I did a reading last night at One More Page Books that was part of the Waterbear Reading Series. The bookstore is terrific–wonderful staff and a great selection of books. And the series producer, An Tran, assembled a pretty diverse bunch of readers for the evening. Besides me, there was Dana Little, Amanda Miska, and K. Tyler Christensen. The attendance was really excellent–I didn’t count, but there were more people than chairs, so that part of it was gratifying. And I thoroughly enjoyed listening to Dana, Amanda, and Tyler read.

But was it worth it? Being honest here: No. (Just to be clear, this is in no way a reflection of the Reading Series, the bookstore, or even the fact that only a couple of books were sold. By the most important measure–the number of people in the audience–this event was better than 90% of the readings I’ve done.)

When An invited me to participate, I was flattered. I really like giving readings and sharing my work with people. And I don’t even mind (much) when it turns out, as is often the case, that there are only a couple of people in the audience and maybe zero books sold.

If the reading is in a nearby town, or if I happen to be visiting an area for some other reason, I’m happy to do the event. I’ve started to charge an honorarium in some cases–not at bookstores, but for other kinds of appearances. But if travel is involved, which costs both time and money, I really have to think carefully about whether it’s justified. I want to reach new readers, but at what point does it just become too expensive to do?

Yesterday, I drove up from my home to the Washington DC suburbs, a two-and-a-half hour trip. Because the reading was in the evening and I thought there was a possibility for socializing afterward, I decided I didn’t want to drive home that night. So I booked the cheapest hotel I could find in the area. (I’m a lousy couch-surfer–I really hate to impose on people.) At the event, which as I said was quite fun, just two of my books were sold, both of those to An Tran, perhaps out of sympathy, which was nice of him. I bought a book–a new hardcover by a friend–that cost far more than what I’ll make on those two sales. There was no socializing after the event, so I probably could have driven home, although it would have been after midnight when I pulled into my driveway. Instead, I grabbed a pizza and went back to my hotel and read a book.

Total cost: the gas, the hotel, the time, the pizza, dog in the kennel. Total revenue: a couple of bucks for the .royalties on the two books.

Okay, so maybe some of the people who heard me read will become fans. (I did notice an uptick on my Amazon ranking last night, for whatever reason.) Maybe the bookstore is happy I was there and will be welcome to a future appearance. So perhaps it was worth the expenditure of time and money. But I don’t think so.

I’ve read pieces by other writers about having to turn down requests to appear for the same sorts of reasons I’m talking about here. I want to be asked to read, but I think in the future I’m going to have to be more careful about which readings I agree to do.