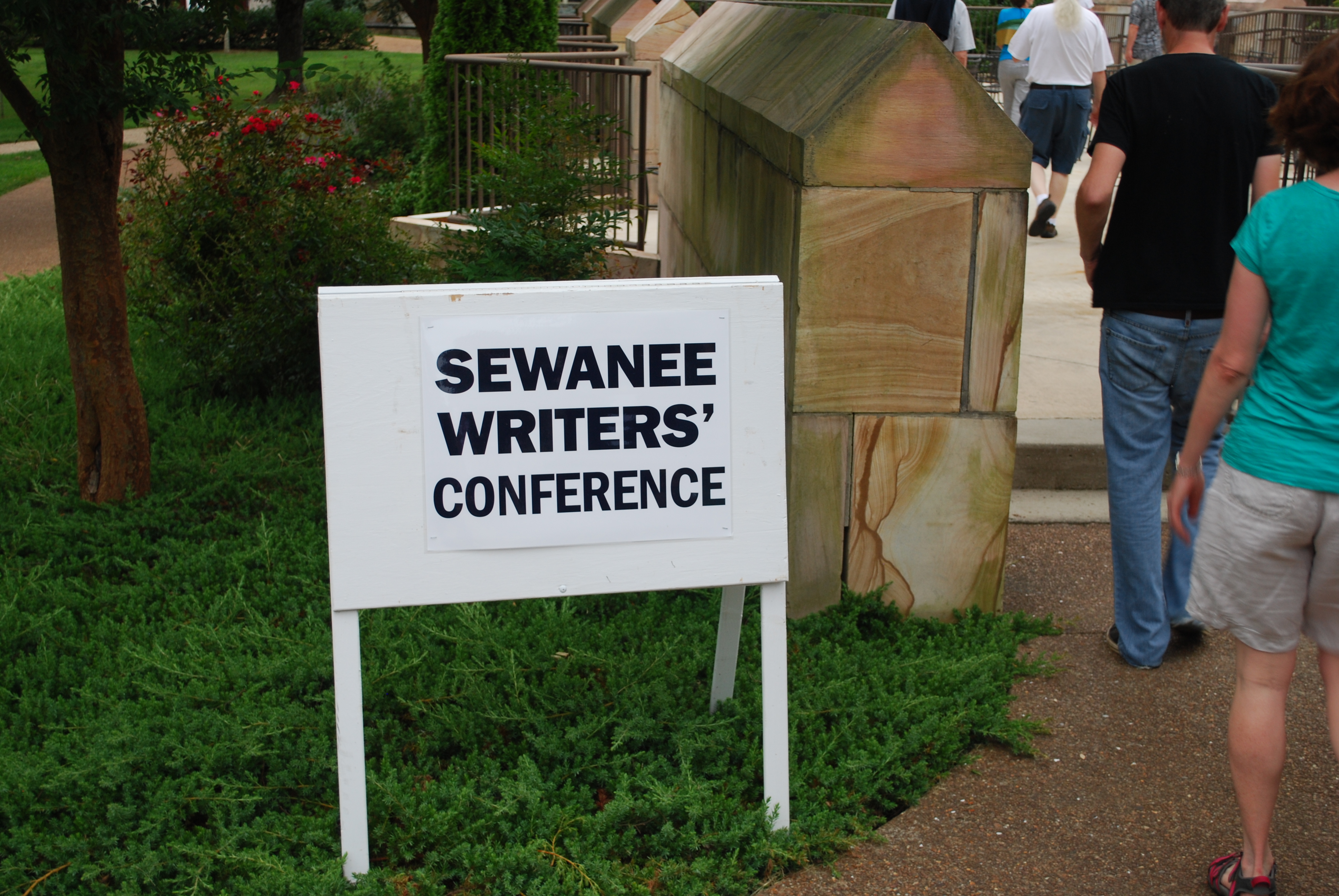 It’s been 10 days now since the end of the 2013 Sewanee Writers’ Conference, time enough for a little reflection on the experience.

It wasn’t my first time at Sewanee, although it was my first time in the playwriting workshop there. My previous visits were in 2004, 2006 (as a Tennessee Williams Scholar), 2008, and 2010 (as a Walter E. Dakin Fellow), all in Fiction workshops, so I’m very familiar with the conference and, as should be obvious from my recidivism, I love it. Going back as a participant after having been a Fellow is a little odd, I have to say, although probably that is entirely in my head. The hierarchy at Sewanee is minimal, and so it mattered not at all to others. I didn’t do a reading—either scheduled or of the open mic variety—but my books were available in the bookstore, and I didn’t hesitate to spend time at the French House (the party spot for the conference), so the experience of being there as a former Fellow was almost the same as being a Fellow. (In fact, it was better, because there were circumstances that detracted from my Fellowship year, but that’s another story.)

What was somewhat different this year was that I was in the playwriting workshop. Although I am new to playwriting, I loved the workshop. The leaders, Daisy Foote and Dan O’Brien, both accomplished playwrights, were fun and insightful. Our workshop had three Fellows, all with considerable experience, so they also provided wonderful comments. And most of the participants had also done a fair amount of work in theater, too. A good bunch. But the workshop ran somewhat differently from most fiction workshops I’ve been part of. For one thing, we spent a good amount of time reading the plays aloud. The writer would “cast” the play from among the workshop participants and then we would read 15 or 20 pages of the script. That took a lot of time away from discussion of the work, but in its own way was extremely helpful. I loved hearing people—including some skilled actors—read my dialogue. The discussion of the work was, however, a bit superficial, I thought. I would like to have looked at the words on the page more. Instead, though, we talked more about the big picture. Helpful, certainly. Just different from what I’m used to.

But because I am more a fiction writer than a playwright, I wasn’t content just to attend my own workshop. The way Sewanee is set up, it’s possible to sit in on other workshops on the days between your own workshop meetings. I opted to sit in on the workshop led by Tim O’Brien and Christine Schutt (with their permission). I knew both Tim and Christine from previous Sewanees, and in fact Tim blurbed my first book, and Christine blurbed my second. So I knew both of their styles in workshop and I was looking forward to seeing them in action. I have to say that it was pretty great. No doubt it helped that the participants, scholars, and Fellows in the workshop were all bright and articulate, but this was one of the best workshops I’ve ever seen. Tim and Christine were excellent together. They both focus first on the sentence level but are capable of pulling back to look at bigger issues. They are both primarily constructive in their critiques. And they will both extract from the work under consideration lessons that can be applied to everyone—including themselves. It was a marvel, and I took page after page of notes. Even though I’d heard much of it before from the two of them, it was an excellent reminder that I am trying to employ as I work through revisions of my novel.

So in this edition of Sewanee, I was extremely busy. Instead of workshopping every other day, which is the norm, I was in workshop every day. (I even tried to read or skim the work for the fiction workshop on top of the plays we were discussing in the playwriting workshop.) Although I was busy, I still managed to get to almost every reading and panel discussion (I confess that I skipped a few of the editors’ panels that I’d heard before), including several of the open mics. And I went to the French House almost every night.

I got none of my own writing done. I read no stories in the Prime Number submission queue, although I’d intended to. I didn’t get much sleep.

I think I did things exactly the way they’re meant to be done. Although this was my 5th Sewanee, I think it was my best.