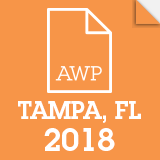 After the 2017 AWP Conference in Washington D.C. (AWP is the Association of Writers and Writing Programs and holds an annual conference in a different city each year), I vowed I would not be attending the 2018 Conference in Tampa. There were several reasons for that decision.

First, I had no interest in visiting Tampa. It’s not particular easy to get to from where I live in rural Virginia, and Florida does nothing for me as a destination (I get enough sunshine at home in the summer). Second, the conference itself is problematic on several levels. It’s expensive (registration, airfare, hotel, meals—it adds up to a hefty sum if you are an independent writer without institutional funding). Presentations are of disparate and unpredictable quality. It has become something of a young-writers’ gathering, and I have felt increasingly out of place in recent years. Plus, efforts to improve the organization’s gender diversity record have resulted in a conference that is dominated by women (a significant majority of presenters are women—nearly two-thirds). There may be good reasons for all of these developments, but it makes the conference feel less relevant to me. And third, I did not have a book come out in the past year, so I had no new publications to sell at the book fair.

But as the deadline for registration (not to mention travel and hotel reservations) grew closer, I felt my resolve slipping. Many friends made plans to go and urged me to come. Press 53, publisher of my two books and two anthologies, expected to have a large presence, including almost 30 of its authors. And I realized that it might be valuable to touch base with some of the small presses in attendance to stir some interest in a completed novel manuscript that needs a publisher. There is nothing like the AWP Bookfair for making those connections—800 exhibitors ranging from tiny magazines to large publishers all in one football-field-sized space.

In the end, I changed my mind and decided to go. This, then, is my report of my AWP experience and a few lessons learned.

As noted above, I have some concerns about AWP and wonder if the conference is still relevant to me. I’ve committed to attending next year in conjunction with the launch of my novel, but if it weren’t for that, I doubt that I would go. 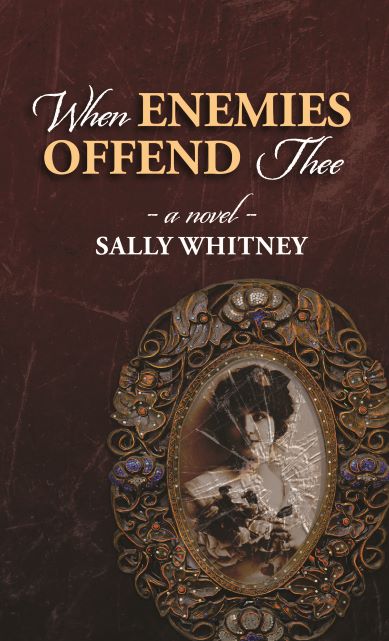