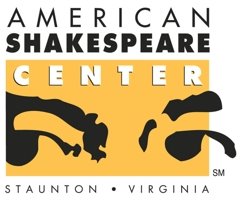 I’ve had kind of a busy Spring, so I only last night saw the third of the three shows that are currently in repertory at the American Shakespeare Center‘s Blackfriars Playhouse in Staunton. I highly recommend all three–but you better hurry. There’s only one week left in the season.

The Spring Season is the time when the touring company comes off the road and entertains us at the Blackfriars while the resident company is working up the new shows for Summer and Fall Seasons. The “Restless Ecstasy” Tour (the name comes from a line in Macbeth: “Better be with the dead, whom we, to gain our peace, have sent to peace, than on the torture of the mind to lie in restless ecstasy”) is made up of several tour veterans as well as a few newcomers and is one of the strongest ASC touring companies in memory.

I’ll start with the show I saw last night–Macbeth. The production is outstanding, and probably the best Macbeth I’ve seen at the Blackfriars. This is due in no small part to the strength of Jonathan Holtzman and Denice Burbach as Macbeth and Lady Macbeth. Their chemistry was powerful, and Holtzman’s commanding presence on the stage was electric. And everyone remembers the Weird Sisters from a Macbeth production, and Natasha Solomon, Brandi Rhome, and Kelley McKinnon (with Daniel Jimenez as Hecate) were terrific. Chad Bradford as Macduff was also excellent.

Last week I saw Measure for Measure, which is one of my favorite of Shakespeare’s comedies, possibly because the characters in disguise are kept to a minimum–we only have to deal with Vencentio, the Duke, in his disguise as a friar. But in that part, Chad Bradford was quite good. In Vincentio’s “absence,” the city is governed by Angelo, played by Jake Mahler, who does a fine job as the rigid moralist who is stricken with love for Isabella, played nicely by Brandi Rhome, as she pleads for the life of her brother Claudio who has been sentenced to death.

The first show I saw this season was As You Like It, which I confess is maybe my least favorite of the comedies. But the company did a wonderful job with it. Denice Burbach is Rosalind, who falls in love with Orlando, played by Chad Bradford. But Orlando gets himself banished and so does Rosalind (in disguise as a boy), and they both end up in the Forest of Arden, where Rosalind’s banished father (Jonathan Holtzman) lives.

It was a great season, and I look forward to the touring company’s return next year. In the meantime, the resident company kicks off their new season with the Tempest and The Importance of Being Earnest (Oscar Wilde) later this month, adding Hamlet in July.