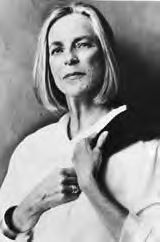 In 1967, Claire meets James on an airplane, they have sex, they get married, and because he is attached to the U.S. Army in Thailand, supporting the American forces in Vietnam, she moves with him to Bangkok. Shortly after arrival, still uncomfortable with servants, the heat, the language, she meets the American millionaire Jim Thompson (a real historical figure), who just the following week disappears in Malaysia (a genuine mystery that has never been solved). Claire becomes somewhat obsessed with Thompson, his amazing house (an agglomeration of Thai traditional houses in various styles) and the forces that seem to have contributed to his disappearance (communism, or counter-communism, corruption, anti-colonialism, sex, greed) contribute to her own downward spiral until, as the subtitle (“The Woman Who Shot A Man”) forewarns, she shoots a man.

This brief novel is straightforward, dark and very Graham Greene like, and a rewarding fast read. The interweaving of the Thompson story is interesting and it reminded me that I had visited the Thompson house in Bangkok on at least one occasion. Thompson is credited with building the Thai silk industry and one can buy silk at his house and view his collections. I bought a biography of Thompson, by William Warren, which recounts his life and disappearance, and includes some fantastic pictures of the house. The book isn’t just cloth-bound, it’s silk-bound. (Although this isn’t exactly the same book, William Warren has written another book about Jim Thompson that might be interesting to you: Jim Thompson: The Unsolved Mystery.)

As for Tuck, Siam is a much more successful, if less ambitious, book than her NBA-winning The News from Paraguay which I discussed her a few months ago. If you read only one, go with Siam. Listen to Martha Woodroof’s NPR interview with Tuck here.