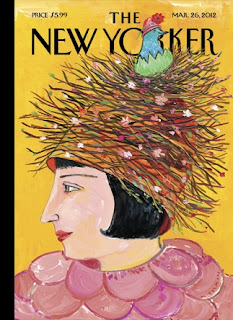 March 26, 2012: “Chapter Two” by Antonya Nelson
I’ve certainly read stories by Antonya Nelson that I liked more than this one, although there is some cleverness on display. The story is about Hil, who lives with her son Jeremy and the obese Janine, a woman who goes to AA meetings in order to meet men (that hasn’t worked out to well) and tell stories. The stories she tells are about her neighbor, Bergeron Love, who is . . . odd. It develops, though, that Bergeron has died, putting an end to Hil’s stories, until it is suggested that it is simply time for “Chapter Two.”
I do think there’s something here about storytelling and the controversial fact/fiction debate—Hil, after all, is at the AA meetings under false pretenses. So what about her stories are true? Or has she made them up? Left out details (such as Bergeron’s death)?
The Q&A with Antonya Nelson is interesting on the gap in the story about Hil’s own life—we know more about Bergeron. Nelson says in some ways Hil’s own story isn’t available to her in the same way as Bergeron’s story is. That, it seems to me, is a great observation for writers like me who are tempted to pour in more backstory than a narrative can really bear, and often it isn’t necessary. Nelson gives us one reason why it might not be necessary.