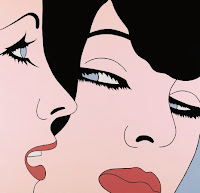 The Franzen story is the main event in the Summer Fiction issue, and it’s typical, breathless Franzen, filled with wonderful long sentences and lists of details. It’s an entertaining story, if not a great one.

Walter and Patty are early gentrifiers in a rough neighborhood of St. Paul, where they raise their children Jessica and Joey. Patty is a little too good to be true—which causes resentment among the neighbors—and Walter is nearly invisible. But cracks appear in the façade when their son, who has always resisted their authority, begins to sleep with the daughter of a neighbor Patty considers inferior. Indeed, Joel is too young, but there doesn’t seem to be anything Walter and Patty can do about. In fact, when the boy turns 16, he moves in with the neighbors, and Patty’s clash with them escalates. And escalates. And escalates.

Unlike a lot of New Yorker stories lately, this one has a fairly classic structure with its rising tension, climax, and denouement. And while I enjoyed most of it, the resolution, I thought, felt flat: Walter and Patty move away. That’s it? After all the marvelous details and the convoluted characterizations, I wanted more.