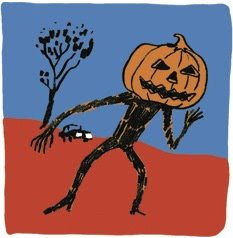 This story has moments that gripped me, but I never quite got over the stumbling beginning. I don’t want to tell Joyce Carol Oates how to write her stories, but her introductory paragraph shouldn’t begin this story. Yes, it’s lovely, and the reference to “crossing-over time” is crucial, but the story begins in October, and that paragraph about what happened in March can wait. (Okay, so I guess I do want to tell JCO how to writer her stories.)
After that, I was intrigued. Hadley is a young widow (just as Oates recently lost her husband), and she’s attracted—for mysterious reasons that relate to her childhood—to Anton, a young post-doc who works at the local Co-op. He has “dropped by”, and she’s not too upset to see him—it seems she might be ready to finally emerge after a long period of mourning—but she is slightly repulsed by Anton. The man is forceful, though, and she doesn’t have the strength to ask him to leave, although she does lie to him feebly. It turns out that he’s had a bad time of it and he’s a bit cracked, like the pumpkin head he’s wearing when she first sees him (it’s a bizarre effort at a Halloween gift). When he goes further and tries to force himself on her, she resists, and eventually he leaves her. She should call the police, but she doesn’t. She goes outside and calls to him, instead.
I understand that she’s lonely, and I can understand her letting a man into her life at this moment, but I do not buy this woman with this man, this man who smells of garbage who has nearly raped her.
January 12, 2009: “Pumpkin Head” by Joyce Carol Oates