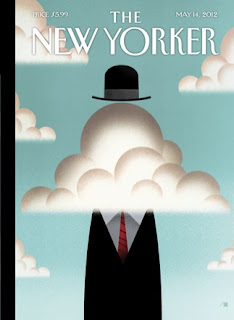 It’s a little difficult to discuss this story, which is translated from the German, without revealing its ending, although the author does in the Q&A with Peter Stamm, which I recommend that you wait to read until after you’ve read the story. Likewise, don’t read this discussion until you’ve read the story (which, unfortunately, is behind the pay wall).

Lara and Simon are a young couple living together in a Swiss village. Lara is somewhat unsure of herself, and wonders if her relationship with Simon will last. Simon declares his love, but also seems unsure. On their way home from the city where they work, Lara sees a man on the bus who looks familiar. Later, in the restaurant below their flat, she catches a glimpse of the man on television. Lara and Peter get a little drunk and make love, twice, on the floor of their Ikea-furnished apartment. Peter goes to bed, but Lara gets up and watches television, where she sees the man again.

All very conventional, but not very interesting. What’s interesting is that the conversation on the talk show, between the host and a writer, is about an idea he’s had for a story after seeing a young couple on the bus. The suggestion, at the end, is that Lara and Simon are the characters he has invented.

This twist at the end is fun, but personally I felt the story should have prepared us for the possibility that the characters are just characters. Still, the open-endedness of the young couple’s lives, the sense that anything could happen–not only because they have their lives ahead of them but also because the writer has not yet written their story–is appealing.