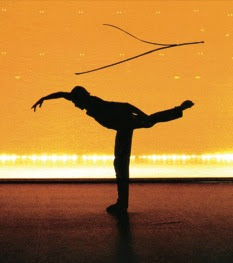 I liked this “story” a lot. It’s not a short story, of course. It’s an excerpt from Krauss’s forthcoming novel. I wonder if all these excerpts mean that the editors of The New Yorker believe the short story is a dead art form. But then I thought the novel was supposed to be dead, so maybe the new new thing is the novel excerpt—neither story nor novel, but a digestible hunk of fiction.
Still, I liked this. The narrator (Nadia, according to the Q&A with Nicole Krauss, but not so identified in this excerpt) is speaking, or perhaps testifying, to a judge (or, as Krauss coyly says, someone whom she refers to as “Your Honor”).  She’s telling two stories to the judge, both of which are examples of her use of the lives of others in her fiction. She’s published a story she’s rather proud of that’s based on a horrifying anecdote a dancer friend has told her about the origins of a painting Nadia admired in the dancer’s apartment. And she’s written a novel in which her father features prominently. “Had he been able to read it,” she says, “I have little doubt that he would have felt betrayed.” Indeed. And that seems to be the dancer’s reaction, also, but he conveys his feelings in a mysterious gesture that the narrator doesn’t fully understand.
And after that, the anecdote that the dancer had told her seems to be haunting her.
Because this is an excerpt, I don’t see much point in analyzing this piece as a story, but I do like what it must contribute to a novel. Nadia, apparently, is one of four voices in the novel. Here she seems almost to be defending herself against, perhaps a charge of theft, and of course this raises questions that any writer can relate to—what, among the countless bits of information that our friends and relatives and, for that matter, total strangers tell us is usable in our fiction? It’s a tough question that this excerpt doesn’t answer, but it does intrigue me. I’m also intrigued by the dancer’s gesture—or what feels like a curse.
Should be a good book.
June 28, 2010: “The Young Painters” by Nicole Krauss