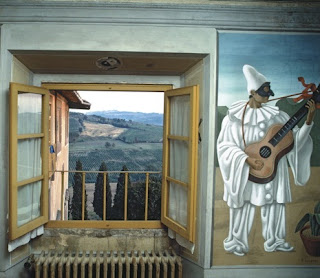 The pleasure in reading this story is in the language, which is often beautiful. That’s pleasure enough for me, but as a story I found this lacking. The opening tells the reader what to expect: “This is an account of three people who died.” That’s exactly what it is. The narrator, who is a link among the three, comes to a certain new realization at the end of the story, but otherwise nothing happens. As a result, despite the language, I find the story flat.

The narrator is a writer who marries into an Italian family presided over by Ombretta. The old woman is the first of the three to die and Lee’s story’s first section is a lovely portrait of the narrator’s mother-in-law, how she wasn’t a tyrant, how she lived a full life. The second section tell us about Francescon, a talented painter of murals, who dies of cancer. The third is about the “philandering handyman” Remo, who kills himself.

“All of them sent out of the world with words unworthy of them, eulogies that revealed only a deep ignorance of who they really were.” And so the narrator searches for the thread that connects them to each other and to her. As I say, nice language, but an unsatisfying story.
September 29, 2008: “Three” by Andrea Lee