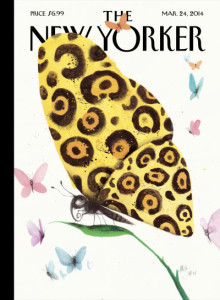 Greta, in her 60s, is traveling by train from London to Liverpool to visit her daughter Kate. She is sitting across from a young man, who seems a bit odd and lonely. He’s on his way to visit relatives, and he obviously wants to talk, although Greta wants to be left alone. She’s dealing with her health—illness that she’s not completely recovered from has led to a hysterectomy—and also with her past, because Liverpool is where she lived with Ian, who was not exactly her husband but was Kate’s father.

The young man, whose name she later learns is Mitchell, has recently lost his mother. Greta feels a bit sorry for him, and when he mentions the possibility of meeting up for coffee one day in Liverpool, she gives that some thought. She enjoys her time with Kate and her husband Boyd, but there is some distance there, which Greta seems to regret. So when the time comes, she does go to see Mitchell. She’s at the same time thinking a good deal about Ian, and to a lesser extent about Graham, her current husband.

She does meet Mitchell, more or less by accident, and he is disturbing; she is now repulsed by him.

Although this is part of the point, the story dwells too much in the past, for me. (In the Q&A with Tessa Hadley,  the author says that the character’s observation of the carved train tunnel is meant to draw her into the past, and indeed that’s a major part of what the story is doing.) I do like Hadley’s work, though, and she frequently has these odd encounters as we see here between Greta and Mitchell. He’s creepy and she’s melancholy, and the combination is compelling.