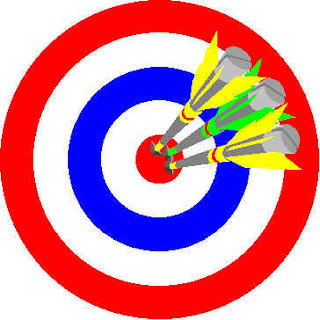 You’ve written a story/poem/essay and now you want to get it published. There are a lot of literary magazines out there. Most of them you’ve never even heard of. There are hundreds, if not thousands, of them. So how do you decide where to submit your work?
Good question. The answer depends on your priorities. If making money is important to you, then you might want to limit your submissions only to contests or magazines that pay for work they publish. To get that information, I recommend Duotrope.com. If money isn’t so important, and all you want to do is get your work up on the Internet so you can share a link with family and friends, Duotrope.com can also point the way to even the most obscure online magazines. NewPages.com is another resource that can be helpful in finding magazines that you might not already know about.
But many writers want to have their work appear in the magazines that publish the best work. That alone constitutes recognition that some of us crave, and suggests that your work is worthy of attention by a wider audience. That’s my theory, anyway. I want my fiction to be in the best magazines possible. For me, it’s a career issue. The best magazines (generally in print, although not all) will get the work noticed, even though it is also true that online (generally less highly regarded) magazines may be more widely read.
So, how to find the best magazines. My very own Perpetual Folly Pushcart Prize Ranking (Fiction) is a great place to start. (There’s a separate list for Nonfiction, and I’m in the process of developing one for Poetry.) This list ranks literary magazines by how many Pushcart Prizes and Special Mentions each has won over the last ten years. This is recognition by respected writers and editors who determine the awards. So, using this methodology, I aim my own submissions high on that list, and work my way down until they stick. Because the list also has links to the websites of the magazines, it’s a good way to explore submission guidelines, obtain sample copies, and subscribe to magazines that are of interest.
Because, after all, the best way to get an idea of where your work will fit is to read the magazines where you might want it to appear. It’s pointless to send the same story to every magazine on the list, because each magazine has a different sensibility. That’s what we mean by targeting, but you can’t target without knowing something about the magazines.