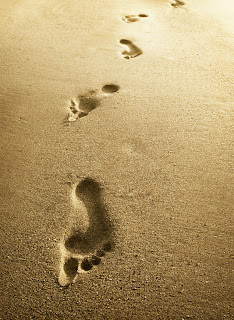 My tip today is closely related to the previous one. (See The Thesaurus Throwdown.)

This week I was teaching an adult education class in writing fiction. The group has been enthusiastic and fun, and they seem to appreciate the tips that I’ve been able to share with them. Each week we read a couple of stories by well-known writers that illustrate some aspect of the craft and we discuss them. On the subject of handling Time, I assigned Tim O’Brien’s amazing story “The Things They Carried” from his amazing book of the same name. The way backstory is delivered in the story is quite amazing. (Subtip: don’t overuse words like “amazing.”)
But that’s not what I’m writing about here. Early in the story, the narrator says this:

“To carry something was to hump it, as when Lieutenant Jimmy Cross humped his love for Martha up the hills and through the swamps. In its intransitive form, to hump meant to walk, or to march, but it implied burdens far beyond the intransitive.”

I love this narrative intrusion into the story to comment on the choice of the word “hump,” which is exactly the right word for the action described because of the extra weight that the word itself carries. When choosing the right word—a verb, or a noun—those implications are critical, and this alternative to the verb “to walk” is a great illustration. Whenever I see “walk” in a student’s story, I circle it because there is almost always a more evocative alternative. Not a synonym, but a word that is more precise or one that has a connotation that will provide more depth to the sentence in which the word is used. “To hump” implies burdens far beyond the intransitive. But what does “walk” really mean. Can we visualize “to walk”? Does it suggest anything about mood?

(All of these are from a thesaurus, and note that the word “hump” isn’t included, and yet that was exactly the right word for O’Brien.)