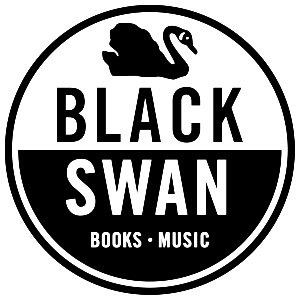 We have a couple of used book stores in my town, in addition to the stores that sell new books and the shops that have used books among their “antiques.” Because the stores that sell new books don’t have huge selections, browsing isn’t quite as exciting as it might be even at a, say, Barnes & Noble, which isn’t as exciting as most good independent bookstores.

Used book stores, though, are still exciting, because you never know what you’re going to come across. Today, for example, I stopped into Black Swan Books & Music, the beautiful shop on our main street. There were lots of new used books in my favorite section, Literature, so I had lots to consider. I have plenty that I need to read at home, so I wasn’t necessarily going to buy anything, until I came across a copy of A Wild Sheep Chase: A Novel, one of Murakami’s first books published in the United States.

The reason it caught my eye is because I recently read Wendy Lesser’s Why I Read, which mentions that she’d been enthralled by the first several novels of Murakami’s that she read, including A Wild Sheep Chase, but then the next one didn’t excite her as much. She discovered that there had been a change in translator when the books began to published by Knopf instead of Kodansha, and she felt that Alfred Birnbaum had done a better job of capturing Murakami’s voice. Sure enough, on the cover of the book I held in my hands I saw “Translated by Alfred Birnbaum.”

So I bought the book. Who knows when I’ll get a chance to read it, but there it is, right next to 1Q84 on my To Be Read shelf.