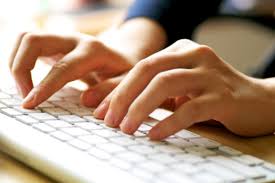 One question I hear over and over again–from friends, other writers, and even strangers who learn that I’m a writer–is “What are you working on now?”

My usual answer is “a novel,” and I hope that’s enough to satisfy, because truthfully I’m working on lots of things at once.

First, I still spend a fair amount of time marketing my published books. I set up readings, I spread the word on social media, etc. Just this week a review of my second book appeared in a literary magazine and I did a blog post about that as well as Twitter and Facebook comments. Marketing never ends.

Second, there’s the novel I finished last year. That’s in my agent’s hands and he has been submitting that to publishers. We’ve had some near misses and very complimentary responses, and we’re still moving forward because we believe in the book. So, while I’m not actively writing or revising that manuscript at the moment, it does draw some of my attention periodically, and if/when a publisher acquires it, more work will be needed–revisions, publicity, etc.

Third, I finished a new novel recently, and now have in hand comments from my agent to help guide my revisions, which I think are proceeding well. You could say this is the novel I’m currently working on, and at the moment it occupies most of my time and creative energy. The revisions are mostly about judicious cutting, which is harder than it sounds. But it’s exciting work.

Fourth, while I was waiting for my agent to comment on the new novel, I was working on yet another manuscript, another novel. I had the good fortune to have a four-week residency at the Virginia Center for Creative Arts this fall and managed to finish a first draft while I was there. This project takes up a small part of my brain at the moment and is on hold while I do the other revisions, but I still feel like I’m working on it currently. (And I need to do some travel to research that book, so I need to put those plans together soon, also.)

Fifth, there’s my anthology, Everywhere Stories. The first volume (we didn’t call it that because we didn’t know for sure there would be others, although we hoped it would be a series) came out in 2014. Earlier this year the publisher gave the green light for a second volume to come out in late 2016, so I’m now assembling the stories for that book. Volume I was a huge amount of work, but this one is a bit easier because the first round of submissions gave me a head start on this one. (Submissions are open until December 31.)

Sixth, I’ve got a short story I’m sending out. Somehow, between other projects, I managed to finish a story, the first one I’d written in several years. I’m not being aggressive about submissions, but it’s available and being considered here and there. I probably should send it to some more places.

I think that’s it in terms of writing. There’s also volunteer work and various other activities. Managing to keep to busy.