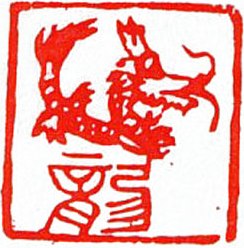 Happy New Year! Actually, the new year begins January 23, but since President Obama has already released his Lunar New Year Message, I guess I can, too.
Welcome, Year of the Dragon:
Year of the Dragon – 1916, 1928, 1940, 1952, 1964, 1976, 1988, 2000, 2012, 2024, 2036, 2048
The dragon enjoys a very high reputation in Chinese culture. It is the token of authority, dignity, honor, success, luck, and capacity. In ancient China, a dragon was thought to speed across the sky with divine power. Emperors entitled themselves exclusively as ‘dragon’; their thrones were called ‘dragon thrones’, their clothes ‘dragon gowns’.
People under the sign of the dragon are lively, energetic and fortunate. They often can be leaders and try to go for perfection. When they meet with difficulties, they are not discouraged. But they are a little arrogant, and impatient, and women are over- confident. If they overcome these defects, they can have a brighter future.
Best match: rat, monkey, rooster; avoid: dog, ox, dragon, rabbit
(Check out all the Chinese Horoscope Signs.)