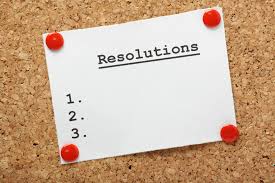 It’s a brand new year. You’ve made some resolutions, am I right? And if you’re a writer, as I am, your resolutions might look something like this:

2. Figure out where to send them.

I’m here to help. When I first started sending out stories in about 2004, I had no idea where to send them. I dutifully read some of the literary magazines I could find, but I barely knew a Ploughshare from a Conjunction. And my method of choosing where to submit was pretty scattershot. Then I discovered the idea of dividing the literary magazine world into tiers and only submitting (simultaneously) within the tiers.

I decided to create a ranking system that would let me group magazines by their quality–or at least by some measure of quality, since quality is ultimately subjective. I chose the annual Pushcart Prize anthology as my measure–among the major annual anthologies, its selection process seems the most transparent, plus it excludes the “slicks” from its recognition–and created a formula to award points for prizes awarded and special mentions listed over a ten-year period.

The result was a big list of magazines that I posted on my blog and some people found it useful. Later, I added separate lists for non-fiction and poetry. And then I added hyperlinks so writers could jump directly from my rankings to the websites of the magazines they were interested in. Now I frequently hear that writers find the list indispensable.  I’m glad to hear it.

Here, to help you with your submissions in 2017, are my annual literary magazine rankings: